Today in this tug-of war competition, we have the two fiercest competitors out there to evidently prove that they are the preeminent mobile operating systems and better than the other. On one hand we have Android O and on the other hand, we have the recently launched iOS 11. Whatever may be the result, one thing is for sure that this contest is going to be very tough. It will be interesting to see who wins the match in the end.

Now before we evaluate them on various factors and criteria, let’s give you some latest updates regarding both the popular OS developers. Google launched the latest version of Android Oreo, which is Android 8.0 Oreo on August 21, a month ago. It has been stuffed with a number of advanced features. Apple released the iOS 11 recently on September 19 and the users can upgrade their phones to this version.

Let’s Begin with the Comparison

First let’s look at the various smartphones that support Android O beta. Well, to start with if you owe a Nexus 5X, Nexus 6P, Google Pixel, Google Pixel XL and HTC U11, you can install the Android O Beta on your device. For the installation process, you first need to sign up at the official Google Android website and follow the process.

On the other hand, if you have an Apple device phone then it has be the various models of iPhone 7, the different models of iPhone 6. Apart from that the iOS 11 can also be installed on iPhone SE and iPhone 5S. However, iOS 11 is not available for the older versions of iPhone. As far as the process of installation is concerned, there are two ways-one is directly and the second is through iTunes.

Now we come to the Features

This is the major part of the dual which will decide who the winner is. It has been suggested earlier that both Android O and iOS 11 are feature equipped. However, it remains to be seen as to who surpasses the other.

The Limitations Regarding Mobile Apps and Battery Life

According Statista, the total number of android apps as per June 2017 statistics, is about 3 million. This is mainly because of the fact that Google did not impose any restrictions regarding the release of apps on its Play Store. But after the launch of Android Nougat, it changed its background limits.

And there were concerns related to battery life too. The users kept on requesting the Google to optimize the android battery and therefore, it was criticized for the KitKat and Lollipop versions.

Now that the Google has also decided to impose limitations, the users can expect a much better battery life performance. Apart from that, the Android O also restricts on the installation of the apps.

Comparatively the iOS 11 is stricter upon what types of apps can be released on the App store. At times these tough restrictions tend to irritate the iOS developers.

But the fact is that although Android O has tried its level best to match the battery life, iOS 11 is the winner of this first round.

The second is just about to commence. Here we will see a pitched battle between the Google’s Voice Assistant and Apple’s Siri. Apple had introduced Siri way back when the iPhone 4S was launched. And now when iOS 11 has come up into the forefront, it has tried to improve its features by providing better voice and the facility to translate between the two languages. 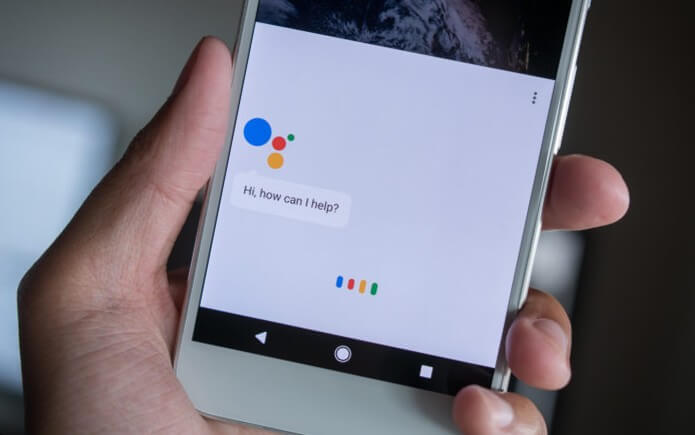 However, since the Google translator has been connected with the Google assistant, it becomes more efficient having the ability to identify the objects. You can type your question or speak them.

So, what we can make from the small discussion, Android O beats iOS 11 because of its accuracy and better performance.

The Presence of Customized Apps

One of the aspects that always satisfies the app developers of Android O is that they are free to choose any shape of the app icon. Google has allowed this freedom to pick any shape such as square round, rectangle, polygon and so on. And the sources at android police also reveal that the icons are supporting notification badges.

On the contrary, you don’t get this liberty in the case of iOS 11 or developing apps for iOS devices. Here Apple offers the templates for the app icons and you need to work according to that; precisely with square or round shapes.

So, yet again Android O proves to be a better choice.

The addition of Picture-in-Picture (PIP) is one of the new features that Google recently announced at the Google I/O 2017. It has enhanced the experience of watching videos; specifically on the YouTube. This features continues the playing of videos even when you leave the app as the video gets minimized towards the bottom of the screen. 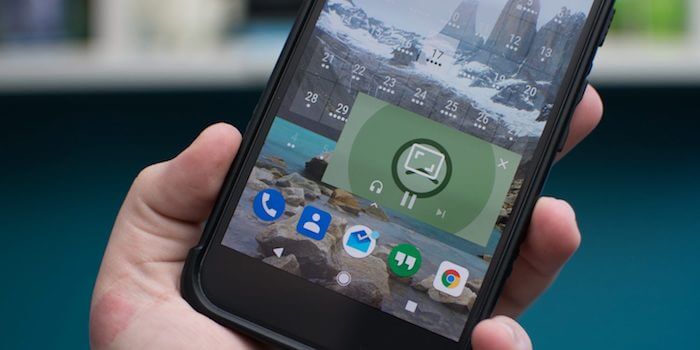 And this picture-in-picture is not just restricted to YouTube, but is applicable for any app.

As far as iOS is concerned, this feature was made available during the launch of iOS 9 for the iPad users. Google will be offering some suggestions to the developers on how to use the PIP mode in their existing apps.

The tech experts have declared Android O as the winner here.

The Tussle over AR and VR

Now we come to test the capabilities of both the Operating Systems based on the Augmented and Virtual Reality. And here to Android O is a strong contender in comparison to iOS 11.

Android O is equipped with Google Daydream for enhancing the virtual reality experience and Tango for augmented reality. Google also plans to introduce ARKit developer platform this year, which it claims will be the world’s largest augmented reality platform.

Well although Google has surpassed Apple for offering better virtual reality, but the augmented reality has made the contest interesting. It is because the iOS 11 has already brought a new ARKit framework that has eased out the use of AR for the millions of users. The Google’s Tango project is still underway.

Now this round belongs to iOS 11, which offers all in-one messaging app facility to its users. This feature is absent in Android O. It has brought forward the concept of iMessage with an app drawer, but the one which has hogged the limelight is none other than Apple Pay. Android O is still based on messaging apps like Hangouts, Allo or Google Duo that have been provided with specific features.

Apple Pay is much better than Google Wallet wherein you are required to install a separate setup for the app. Moreover, iOS 11 will offer you smooth Wi-Fi, text effects and SMS texting available in peer-to peer payments.

Well, it can be said that Android Oreo has been predominantly smart in some aspects over its rival iOS 11. It has focused on addressing even the small issues such as auto-fill facility. It will be of great help if you are using a password manager app.

It has also introduced native support to help the password mangers on its OS. Using this feature allows the individual to select a default password manger just as choosing a default keyword app. You don’t need to memorize the passwords and you can login very quickly to save much time.

On the other hand, iOS 11 is very focused on the security factor and is very particular about the substitution of the default apps.

So, because of its flexibility, Oreo becomes the first choice of the users if they are using password manager.

Android O have an access to notification badges since long time and as such it appears like small dots that is visible on the top of the app. It is similar to iOS badges. The users can snooze the notifications and it again appears after the snooze time. 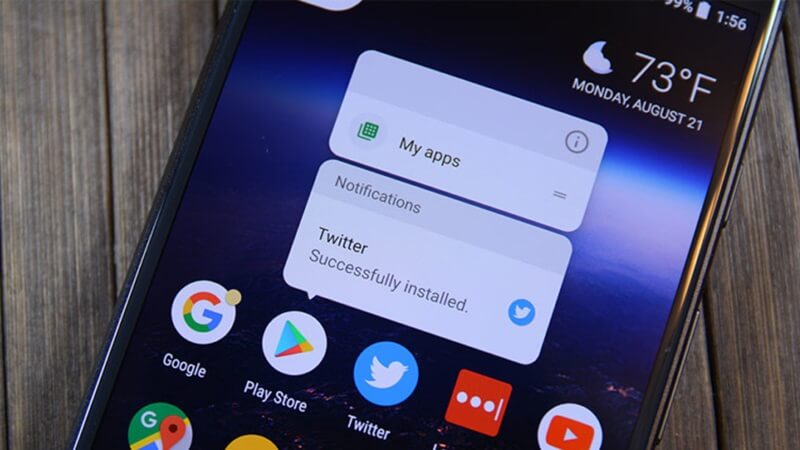 But the major difference lies in the fact is the method of interacting with the notification. If you are pressing the icon for a bit long, you get to see the actions that needs to be taken. You can view the notification without even opening the app and it appears to be a 3D Touch shortcut menu. You can categorize it into seven various categories.

In addition to all these varied features, Android Oreo is also loaded with other features such as Smart Text Selection enabling the user to smartly analyze the selected text with the help of Google’s AI and offers contextual shortcuts. Then it has vitals that helps in improving the security features of your app.

What Distinguishes iOS over Android O

There are some factors where iOS 11 which gains the upper hand over Android O.

Do not Disturb Feature

The recently launched iOS 11 has been provided with a very important Do not Disturb feature which allows user to avoid any kind of distractions while he is driving a car or attending a vital meeting. You can take the calls and messages once you reach your destination safety or complete your meeting. It will help in averting road accidents.

First you need to choose the text and then drag it out. Now in your home page open the Notes app. You can drop the selected texts into notes app. Android O does not have this feature until the introduction of Android nougat.

The Refinement of iOS App Store

Apple has brought several changes in the iOS 11 OS. As such the app store has been redesigned with the addition of app discovery. Apart from that, you will also come across an assorted range of themes and tutorials that teach how to operate new apps. And this not all. Apple has also brought dedicated tabs for various Games and many more things are on the offer.

The iOS 11 has been provided with iCloud files that other cloud storage facilities that stores documents at an easy to access place. The Google Android O is lacking this feature.

So Let’s Conclude the Winner

Both Android Oreo and iOS 11 are strong players and counterattacking each other on several factors. Android O is outsmarting its opponent in some areas such as offering better notification center, improved UI experience and the ability to change default apps.

On the other hand, iOS 11 has gained the grounds on providing improved messaging experience, multitasking and drag and drop features. So, we can say that both have their pros and cons and both have to learn something from one other.