Earlier this month, Apple was busy updating hardware which had kept tech-enthusiasts on their toes. Finally, the company has announced the big software news, and along with it comes an array of subscription services. These announcements come just after a week Google had launched its Google Stadia at the Game Developers Conference. Apple’s subscriptions include television, video games and news.

Another important aspect of the day’s deal has been a fresh business venture for Apple, in the form of a credit card service. The services mentioned above focus on the privacy of Apple, ensuring the users experience no disturbing interruptions in the form of advertisements. Besides, Apple is not going to share the consumer behaviour with the marketers.

Interestingly, the announcements took place devoid on any live demo of the products on the stage. Most of these will become available in the latter half of the year.

Read on to know about the most important announcements Apple has made in its March event.

Brace up to experience magazines, in addition to the Apple News lineup. The monthly subscription of Apple News+ will be $9.99, while you can avail it for free for the first month. Presently, it is available only in the US and Canada. 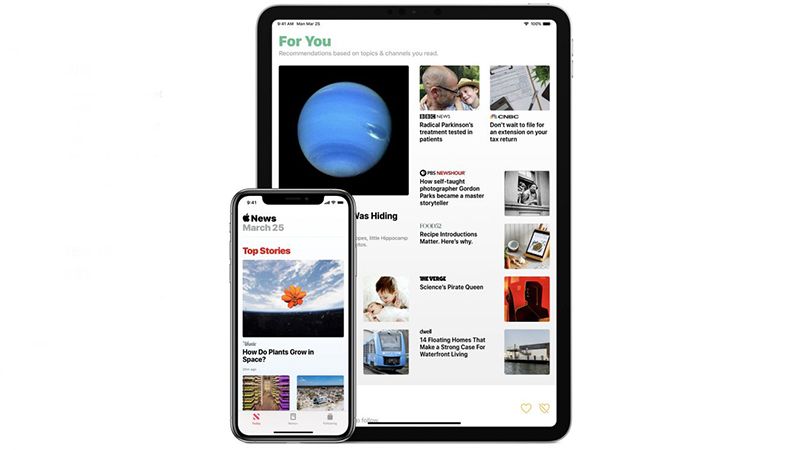 The ‘Live Cover’ presentation is the key attraction of Apple News+. You will love the interactive feel and look of the cover, which comes with light animations. The stories remain listed under the cover along with blurbs. Apple recommends certain stories to the readers, even if they come from magazines which they do not read.

The readers can also browse the magazines they subscribe to. You need not download the fresh issues, as they will get auto-downloaded at the time of release for offline reading.

You can get access to as many as 300 magazines at the time of launch. The Los Angeles Times, The Wall Street Journal and other news partners remain a part of this service. Apple maintains a tight scrutiny on the app, ensuring no targeted ads reach the subscribers, based on the clicks they make.

Apple might just be following the footsteps of Amazon into the business of credit cards. With the new Apple Card being announced, customers can directly apply for Apple products like the iPhone. 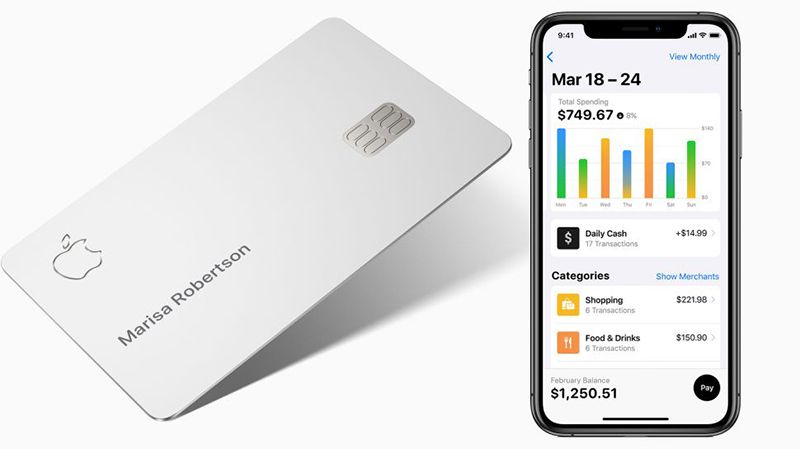 On receiving approval, the card gets digitally stored. The customers will be able to view their balance, statements and due dates for payment on the Wallet app. It also tags retailers and locations, which simplifies the browsing experience.

Every time a purchase is made, a new security code is generated and the card comes devoid of a credit card number, expiry date, CVV or signature. In order to prevent advertisement targeting, Apple takes care of the details on these purchases.

Another feature of Apple Card you would love is the 2% cashback reward. In case you make Apple purchases, the reward is 3%. This reward gets credited to the Apple Pay account. You may use this amount to pay off your credit card balance, transfer them or make in-app purchases.

Apple Card will be accepted everywhere where MasterCard is. If you are a real-life user, you can also get a titanium card for physical use from Apple, with 1% cash back rewards.

In addition to being one of the most popular game-makers, the company launches Apple Arcade. You can enjoy great strategy games and interactive AR games when you subscribe to Apple Arcade. Well, this collection comes with more than 100 exclusive games, which you can play offline. Apple Arcade can be accessed through all Apple devices. 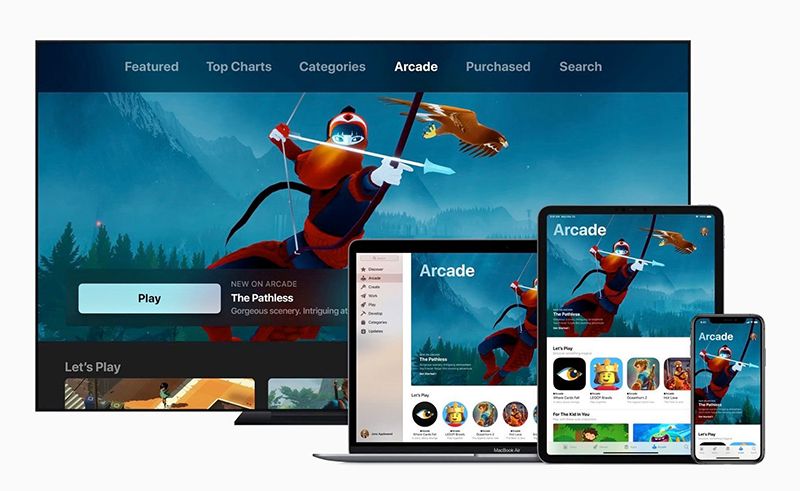 Besides, one can enjoy advertisement-free games, where no additional purchases need to be made. Apple Arcade also comes with a feature which enables parents to keep tabs on the time when the device remains with the kids.

Apple is yet to disclose the fee for subscription and it will be available this fall in more than 150 countries. The iOS users will get access to more than 100 new games. This indicates that people owning iPhone, Apple TV, iPad and Mac computers will also get access to these games.

Interestingly, these games resemble the one which people can avail through the app stores, unlike Google’s cloud gaming services.

The Apple TV app comes with an interesting feature. Using machine learning, the app can determine the exact suggestions which people wish to watch next! 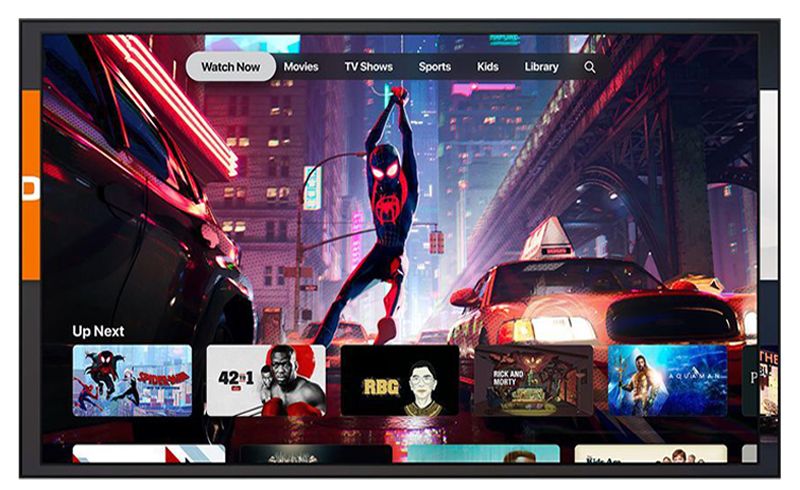 Besides, the viewers can enjoy the liberty to continue from where they had left. The sports scores appear right on the screen. You will also love the personalized features and the app gets updated every single day.

Apple has designed the app, aiming to put every aspect of entertainment at the fingertip of the users. These include movies, news, sports and shows right in the hands of the users. Besides, Apple TV will be focusing on channels like PBS, CBS, HBO, Tastemade and Acorn TV. This indicates the users need not search for third-party apps to run these channels.

Well, you can simply choose the channels to which you would like to subscribe. The large packages which cable companies offer are gone!

Apple is yet to share the subscription charge for Apple TV. Coming May, the app will be updated and the channels will be available through Amazon Fire TV, Roku and smart TVs.

An addition to Apple TV, the company is launching another package, Apple TV+. This app will stream all the premium content across the globe. Apple has not yet disclosed much of a detail on this service. 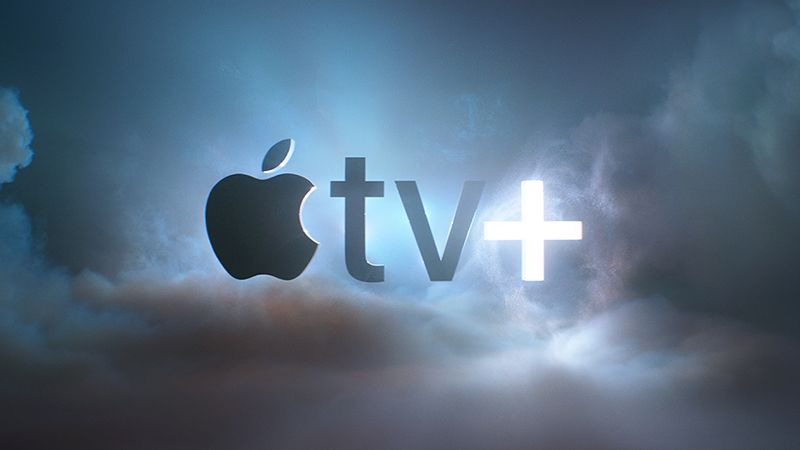 The content will be available for both online and offline viewing. It remains to be seen what Apple TV+ comes up for the subscribers. However, the subscribers will be able to view documentaries, focusing on the immigrant life in the US, programs for children which feature Sesame Street characters and a science fiction based on a world where the inhabitants happen to be blind.

Other programs which will be streamed on Apple TV+ include two documentaries, highlighting metal health and harassment at workplace. You would be happy to learn that Apple TV+ will have something more than what you find on HBO or Netflix. It will stream exceptional programs from all the popular genres.

With this, it seems Apple is keen to explore all the possible domains within the entertainment brackets. While the company has announced the subscription for only Apple News+, it might be shortly coming up with further updates. Apple device owners, brace up to experience a large plethora of experiences.

Pratik Patel is Sr. iPhone Developer at MindInventory, his personality and key interest falls in imaginative and strategic thinkers. He is managing projects from start to end, dealing with the project requirement and planning the resources. He is a master freak about Apple products.