Just a couple of days ago, i.e. on February 26, Google in Barcelona, introduced version 1.2 of its cross-platform app development framework Flutter. Not just the organization introduced Flutter 1.2 version but also launched Dart Programming Language 2.2 at the same time.

Here, we must mention that Dart DevTools help Flutter app developers analyze and debug their applications.

In comparison with its alternatives, one of the biggest benefits of Flutter is the development community. The open-source framework of Flutter helps app developers in developing native apps for both iOS and Android.

This framework has been really helpful in developing apps’ interfaces using the Dart Programming language. In short, Google is continuously trying its best to boost the performance and stability of this framework.

According to Google’s promise, they would launch a new stable version of Flutter once every quarter after its initial launch at Flutter Live the previous year.

At the MWC 2019, Google released the latest update of Flutter 1.2. This release will be extremely focusing on the app’s functionality and stability. This update is great news for the Android developers. Possibly, version 1.2 will assist Android App Bundles. Many users and Flutter developers demanded this feature as it helps reduce the app’s file size.

Moreover, this feature allows for dynamic delivery that creates and serves optimized APKs for the users’ devices. Thereby, now the users have no requirement of downloading resources or codes for running their application.

The latest Flutter 1.2 is also going to assist in-app purchases. The new debugging Dart DevTools are also added to this framework and it helps developers debug applications, view logs and check the widgets as well. Google has planned to make Dart DevTools a state-of-the-art tool for every Flutter developers. 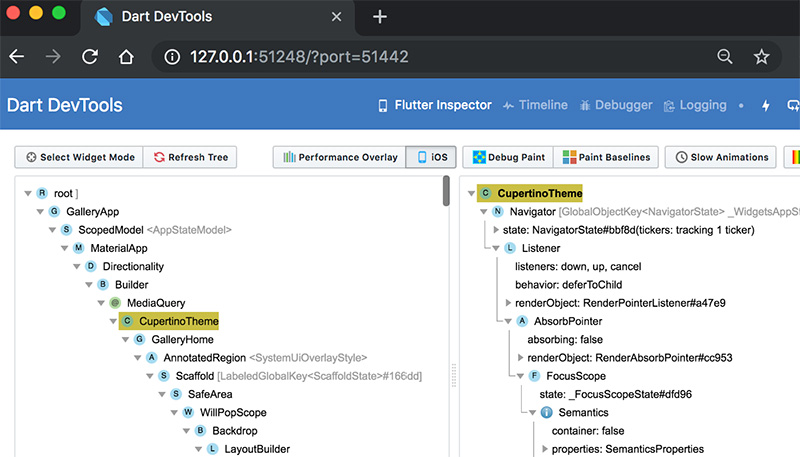 The features of the latest version 1.2 also incorporate mouse hovering and keyboard assistance. With the use of these features, any developer will get to know why they should consider Flutter as the best option for the cross-platform app development. Google has also planned to make Flutter capable of developing web-based apps.

The Flutter 1.2 will be a big preference for the iOS UI elements. It is going to offer complete assistance to the iOS floating cursor for texts. And with this latest release, Flutter is displaying a clear sign of success also.

The introduction of the Android App Bundle feature by a developer from Intuit showcases that Google is inspiring the third-party contributions to Flutter.

In short, the organization is trying its best to make Flutter, a great success for enterprises, business, and even startup companies also.

Another piece of great news is that Flutter 1.2 incorporates the Dart 2.2 SDK that boosts functionality for compiled code alongside new language assistance for declaring sets.

The release of Dart 2.2 has made many Flutter and Dart developers happy. Flutter developers need to see that Dart 2.2 provides with a 15-20% improvement to functionality.

In addition, the language has acquired the capacity of writing Set literals with the use of curly braces { }, same as Python and other languages. Apparently, this helps make the Set a constant.

Also, the Dart Language Specification has been updated for accompanying the launch of Dart 2.2. At present, Dart 2.2 is available for download and is packed with Flutter 1.2 launch as well. Stay tuned to remain updated with this type of news!