The preceding year 2016 was memorable for the messaging app industry. If one has to believe the reports of Global Industry Analysts Inc, the number of global messaging app users is expected to reach at 2.1 billion by the year 2020. Last year, one has also seen the advent of new messaging trends including the Chatbots and AI, which has brought a significant change in the entire communication process, making it more expressive and simpler.

Another data published on the website of Netimperative, informs that according to its estimation about 243 million people are expected to join the popular mobile messaging applications such as the Facebook Messenger, WhatsApp, WeChat, Viber etc; whereas the data research company eMarketer has forecasted that the current year has perceived a growth of about 15.5% in the messaging apps. 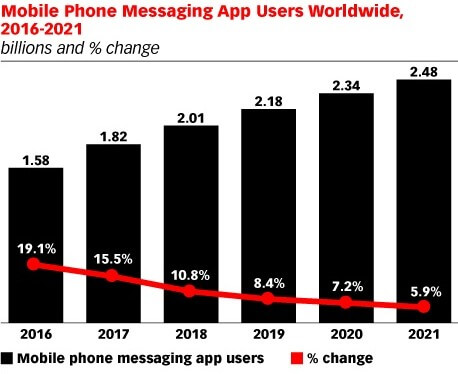 However, it has also been observed that most of the messaging app trends have actually intermingled with the chatbots and AI and as such revolve around them. Therefore, it becomes imperative to first discuss Chatbots and AI, before moving on to the rest of the trends.

Chatbots Simplifying Tasks for the Users

The introduction of the chatbots in the messaging app industry has opened a new gateway for the Smartphone users; thus simplifying the various tasks for them. It has enabled people to perform most of their activities through bots, helping to reduce the time span. Moreover, their popularity has increased due to their functionality as it has been provided with useful features and made smarter.

You can book your tickets more accurately and also perform the banking related transactions and other activities smoothly. The features are user-friendly and it also has the 24×7 customer support to guide you better and offer effective services.

As per the latest reports of the Statista, the largest numbers of chatbots have been developed for the retail and e-commerce industry followed by manufacturing and customer service.

The World of Artificial Intelligence (AI)

Artificial Intelligence (AI) is yet another tending messaging app, which has created a buzz around the world. The stats of the website show that the global revenue of the AI is assumed to increase tenfold between 2017 and 2022. The numbers are really encouraging at present in 2017 the AI market will grow by 28.5%. Inspired by this fact, many of the new startups have started to use artificial intelligence. 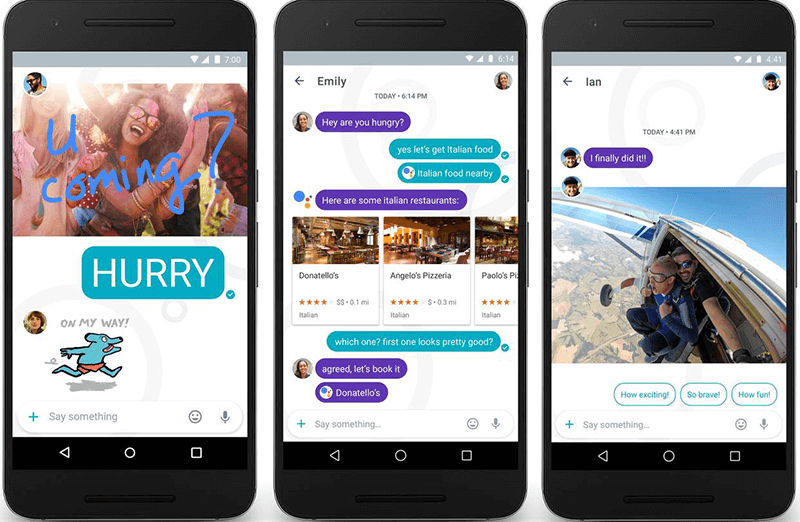 Now let’s explain this more evidently with the help of an example. Suppose we take Google Allo, which has been recently introduced in the market. Allo is an instant messaging app, which is enabled with cloud. This makes it more efficient as it will go through your chat and after understanding the tone of your communication, will develop pre-defined responses. Therefore, it is an advanced and smart move as it will reply to the person based on the messaging style and you don’t need to type it.

When the Chinese social media messaging app WeChat was initiated in the year 2011, it became a boom into the market. The reason as why it gained momentum was it allowed e-commerce and payments which made the transactions very simple. What’s interesting to note is that Facebook Founder and CEO Mark Zuckerberg plans to introduce online payment facility in Watsapp after he acquired it. 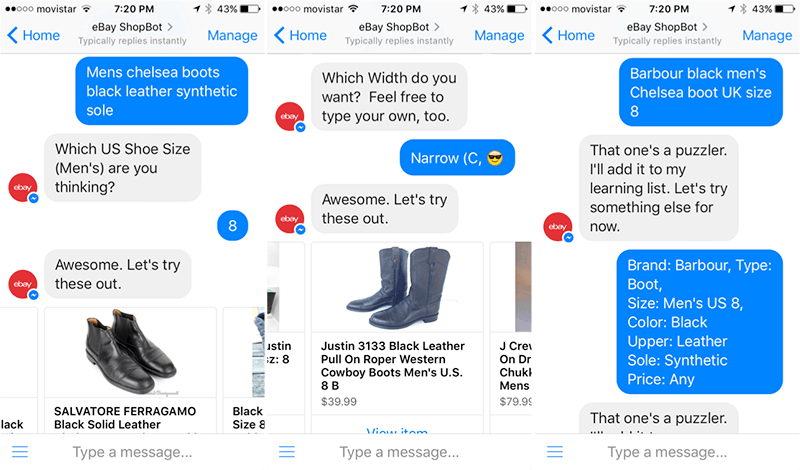 The messaging apps have bot facilities which make it easier for the shopper to shop. Bot apps can also be developed for the business as well and is beneficial for the retailer. It helps in augmenting their sales and facilitates transactions.

The Efficiency of the Customer Services

Another visible shift in the trends of the messaging apps has been the dominance of the customer services. In fact, this factor has largely contributed in increasing the prominence of WhatsApp, Facebook Messenger and Viber etc. A write-up published in Vocalcom states that messaging apps have surpassed social networks in terms of active users. Therefore, if you want to flourish your business opportunities, then this is one area where you need to focus attentively.

Since it is nearly impossible for the customer care executives to keep a track record of every conversation, there the bots can help them a lot. You can offer round the clock services to your clients without any interruption. Communication becomes faster and clearer with bots.

Giving Priority to Vocal Based Apps

Today the technology has become much more advanced and this true to the context of messaging app trends. Gone are the days when you had to type the entire message and send. One can portray the best example of WhatsApp and even Google Voice where you can search for the relevant information only by uttering the words from mouth. This not only saves a lot of time but also proves to be handy for people using wearable tech where the screens are smaller and real.

The messaging based apps also have monetization models which enables it to make money for any business. However, business will be relating to their customers via chatbots and it is going to increase further. Although most of the messaging apps are available for free, there might be some paid apps too in the future.

The Introduction of the Live Videos 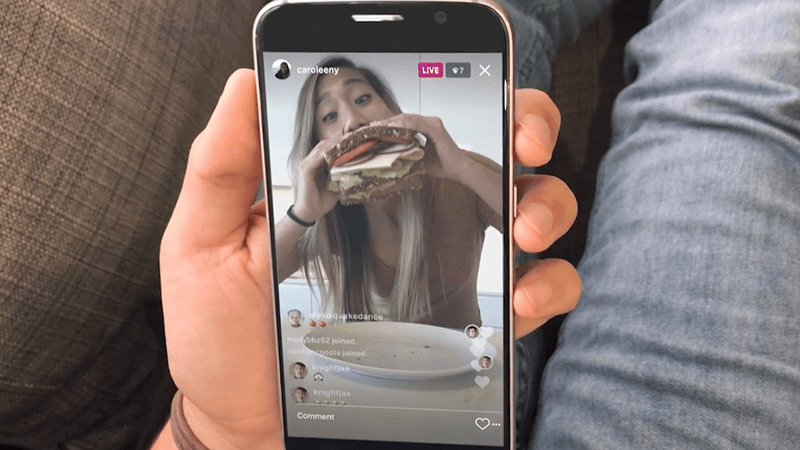 The introduction of the live video chatting option will add another milestone as far as the messaging app trends of 2017 are concerned. Snapchat brought in the concept of Stories, which got tremendous response from the audiences. It was after this huge success that other messaging apps too followed the similar footsteps. This is a real time communication point which is gaining more momentum in accelerating the traffic for the business.

The Entry of Enterprise Messaging Apps

We know the competition is becoming fiercer and the entry of a new player named enterprise messaging app will make the things even tighter. The enterprise messaging apps have become the spotlight because it has helped a lot of business to prosper. It reduces the pains of sending long emails and there are less chances of phishing. Thus, the information remains secure.

Nowadays the chat based apps are adopting more social features because of which the social networking has become conversational. This will surely grow in time as this type of conversational technique had become popular with social networks and so chat apps are implementing it.

Read also: Implementing Chat Feature in Your App – Worthy or Not

The Increase in Sales of Smartphones

Of late, there has been a tremendous increase in the sales of the Smartphones, especially in the emerging markets. This is providing a golden opportunity for the messaging apps to expand its market throughout the world. However, there are still some parts of the world that is suffering from poor connectivity of the internet. This problem needs to be addressed at fast as possible so that people can gain maximum benefits from these messaging apps.

The messaging apps are ruling the world and their dominance is set to further enhance in the coming years. This is what one can derive after going through the above discussion. The messaging apps should have comprehensive knowledge of the popular and current trends prevailing in the market if they want to compete with the other apps. Moreover, the trends also keep on changing which makes it all the more important to remain updated.