In this fast moving technological era, things are going through rapid changes. Take for instance, the mobile app development company.

Previously, it toiled hard to develop a highly responsive mobile app only for the Smartphones. But today the area of its activity has expanded and it’s no more restricted to developing apps for the Android or the iOS phones.

Yes, we are all witnessing the drift in the device trends. And much of the credit for this shift in development process goes to none other than the wearable devices.

In fact, the statistics of CSS insight suggests that the market associated with the wearable devices is expected to reach at a value about $34 billion by the year 2020.

Further, it has also been estimated that that around 111.9 million units will be made available for sale within the next couple of years.

There is no doubt that these wearable units have brought a significant digital transition worldwide. It has become the top choice for the gadget lovers as well as established its dominance amid the Gen Y audiences.

This is one of the pivotal reasons why the biggest gadget manufacturers including the Apple, the Google, Samsung and others are investing handsomely to develop best in class wearables, which can arrest instant focus.

But the market out there is very stern and even a slightest of the error can lead to failure when competing the giants.

The wearables are portable devices that can be carried everywhere and so much of your success will surely depend the experience of the customer and how does the app function.

So, it’s crucial to analyze as what factors should be taken into consideration while developing the applications for the wearable devices. Let’s run through it:

The Reasons for Developing Wearable Apps

You may think that after providing a detailed introduction on the wearable apps, why ask this silly question. But believe it you need to answer this query in order to move further and find out the why you want to create a purposeful app.

One of the reasons is that apps for wearables belong to a different category and as such they are not similar to the apps found in your smartphones.

They offer a different set of features as well as the experience to the users. Their mode of function is also dissimilar and they are not as robust as the mobile apps. Even their technique and approach for the development does not match with other applications.

Size is the Key for Portable Devices

The app developers must be aware of the fact that wearable apps such as the smart watches are potable sized and so you need to vary about the size factor. You can develop as many apps for the smartphones, but the same idea cannot be implied in the case of wearable devices.

It is because they have certain limitations as far as the computing power is concerned. Therefore, you need to always keep in mind that loading these smaller devices with a number of apps unnecessarily will complicate the things. It will surely effect the functionality of the wearables.

How to Enhance the Experience of the End User

Well, this is one of the most important aspects that has to be taken into account. You have to bank upon offering unmatched User Experience (UX) to the end user. UX proves to be vital for both mobile phones as well as wearable devices but the program designed is different.

One of the pros offered by these devices is that the user can get an access to a certain features of the app for which he does not have to take the mobile out. 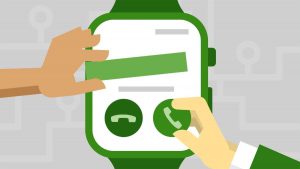 However, since the wearables are still new, there is always a scope of further improvement. Thus, the developers are facing a few challenges while working on the wearable apps to augment its capabilities.

These apps are not as powerful as the original apps. They do not offer the same level of usability and so the developers have to perform their task within a set of core features.

So, it is advisable to first chalk out a plan and then begin with the task. Also do not stuff the apps with too many features, which are irrelevant. Always leave some space for further improvement as the technology keeps on changing.

However, it’s not that they only offer difficulties while designing the UX. They may have limited features but the good thing is that it offers a faster assess when it comes to interaction and are easier to handle as compared to mobile apps.

The developers should always note the point that they should go for the simplified designs rather than the complicated ones. That’s one essential aspect of the UX. A simple design will always make it easier to operate the app.

Determining the Potential or Used Cases

Before commencing any project on wearable app development, it is highly recommended to go through some thorough research so as to determine its potentiality or the used cases. It is better to illustrate this point with an apt example. 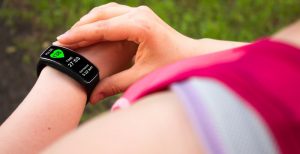 If you gather some information about the wearable devices, you will get an idea that they have been received quite cordially by the healthcare and fitness industry. There are smart watches which keeps an eye on your fitness activities during the gym and the level of cholesterol.

Similarly, these devices are handy in keep you up-to date with the financial market and business schedules. So, it’s always a wise decision to test usability that helps in identifying the target audiences.

Whether it is the iOS or the Android, they all offer very limited tool resources for the app developers. However, if such a condition arrives, it is most likely that your project has to hamper and you might have to face tough situation.

The best way to tackle this problem is enabling the wearable devices alongside the smartphone. This will help you in implementing the animations and the users do not have to wait long for exchanging the data.

It is not advisable to begin with a hardware driven approach as the technology is constantly on the move. It is better to ensure that wearable devices operate without any snag both on current as well as the evolving hardware that is proposed to arrive.

Therefore, what you can do is release a current hardware solution that can fully satisfy the customer.

The wearable devices are still a new breed in the market and so developing the applications can be a challenging and daunting task for the developer. You have to invest your time and groove deep into to avail the designing ideas. The User Experience as well as the functionality of the app should always top the priority list.

Apart from that analyzing the use cases will also help in your project. The popularity of wearable devices have hiked and you should start working on these futuristic devices.