In the Google I/O Keynote developer conference on 17th May 2017, in addition to several other announcements, it has also unveiled about Android Studio 3.0, the latest version of integrated development environment (IDE), especially for the Android platform.

The key focus of this new version of Android Studio is to accelerate the flow of app development and offer the best tools built used for the Android. It comprises three key features such as a latest set of app performance profiling tools useful to diagnose the performance problems swiftly, for big sized app projects – boost Gradle build speeds and the Kotlin programming language support.

As IDE has extended support for this new programming language Kotlin, developers can add Kotlin code into their existing Android app. With the help of built-in conversion tool to convert Java file into Kotlin file or developer can also select to develop a project using a Kotlin with the help of a new project wizard. In the present day, Kotlin is one of the emerging programming languages and its inception with Android Studio becomes indeed a great announcement.

You will find more advancement in the Layout Editor in this new release of Android Studio. You will get an advanced component tree having excellent drag-and-drop view insertion as well as a new panel for error. Moreover, in coordination with ConstraintLayout update, the Layout Editor also supports creating groups, view barriers as well as improves chain creations.

In Android Studio, you have access to some features like instant Run for projects with the Java 8 language features. You can update your project in order to get the new Java 8 Language toolchain support; it’s required to update the source and Target Compatibility level to 1.8 in your Project Structure Dialogue. 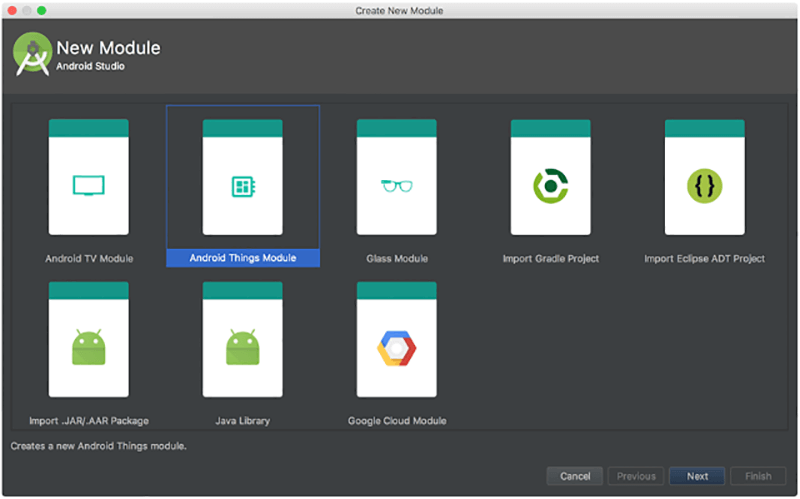 Using a new template sets in your new project wizard and the new Module wizard using the Android Studio 3.0, you can now initiate to develop on Android Things. It lets you extend your knowledge of Android app development into the category of Internet of Things (IoT) device. 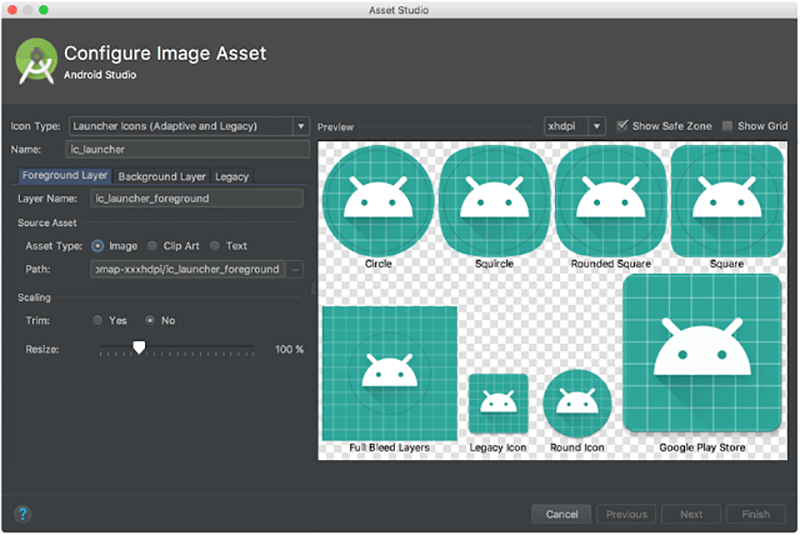 Adaptive launcher icons introduce by Android O can display in different shapers in different devices of Android. Using the wizards, it allows creating the new launcher icon assets and enables you to preview looks of adaptive icons on different launcher screen icon masks. You can create a new asset just by right click your mouse on the /res folder in the project and then navigate to -> New -> Image Asset -> Launcher Icons (Adaptive and Legacy).

In Android Studio, it becomes simple with the XML fonts preview and font selection tools to add custom fonts in your Android O app. In addition, it also allows for your app to create a downloadable font resource. It helps you to avoid the need of adding a font resource in your APK. You just need to make sure that your emulator or a device is running Google Play Services v11.2.63 or higher.

It makes possible to create instant apps in your project using Android Studio 3.0. Instant app is basically lightweight apps that help users to run immediately without installing it. In order to support this, two new module types are introduced by Android Studio including instant app and feature. You can extend your app into an instant app by combining with the App Links Assistant and a new “Modularize” refactoring action. For using it, you need to use the New Module Wizard or you can right click on a class and navigate to: Refactor → Modularize.

This new release has focused mainly on improving speed of projects comprise many modules. In order to support future development and achieve speed enhancements, it has made breaking API changes to the Android Gradle plugin. You should make validate compatibility using the new plugin and migrate applicable APIs, if you depended on APIs provided by the previous plugin. For testing it, in your build.gradle file, update the plugin version.

Now the Android Support Library Maven dependencies become distributed outside of the Android SDK Manager as a brand new Maven repository. For developing with a Continuous Integration (CI) system, it enables Maven dependency management more simple. Building CI becomes easy to manage with Google’s Maven Repository by using in combination with the command line SDK manager tool and Gradle. (You need to add https://maven.google.com to your app module’s build.gradle file in order to use the new Maven location).

With an update of Android Emulator O system image that include the Google Play Store, it makes possible to do end-to-end app testing with Google Play and also enables to keep Google Play services up-to-date in your Android Virtual Device (AVD) more conveniently. As your physical devices updates by Google Play services, the same updates you can trigger on your AVDs.

Android app developers who want to debug an APK without developing their project using Android Studio; it becomes possible to debug an arbitrary APK with this new version. It is very useful for those who had develop Android C++ code in some other development platform, but needs to debug and analyze the APK using the Android Studio. You can use this new APK debugging feature in order to analyze, profile and debug the APK, if you have a debuggable version of your APK.

In addition, you can also access the sources of your APK; link the sources to the APK debugging flow to make the debugging process high-fidelity. You can start it just by selecting debug APK or profile from the Welcome Screen or File of Android Studio -> Profile or Debug APK.

The new device file explorer allows users to view the file as well as directory structure of emulator or your Android Device. With testing your app, you can also modify app data files and preview quickly in Android Studio.

It makes easy to debug your app layout issues. The improvement includes grouping of properties into common categories. In addition, search functionality in Properties Panels and the View Tree.

The APK Analyzer comprises new significant features. In order to optimize the APK size with the help of analyzing Instant App zip files and AARs, view dex bytecode of classes and methods.

You will get real-time data for your app’s memory, network and CPU activity as soon as you deploy your app to an emulator or a running device using these new profiling tools. You can make sample-based process tracing to time your code execution, view memory allocation as well as capture heap dumps and inspect the network transmitted file details.

With the availability of this latest version Android Studio 3.0, it has created several opportunities for Android developers by offering several new features useful to make development fast, efficient, build application powerfully as well as make the debug process convenient and several more.