Beyond any doubt in mind, the Android and the iOS platforms are indeed the two most successful and extensively used Operating Systems in the recent times.

Both the OS are a great competitor of each other and you can choose either of the two platforms or even both to develop a useful mobile application.

It may be that you have first developed an Android app and you want to convert the same into an iOS app or vice-versa to get more visibility and flow of traffic.

It is a known fact that Android has the biggest market share in the mobile app development industry. So, obviously, you don’t want to miss out the large piece of cake by not switching from iOS to Android.

Similarly, if you want to get a more sophisticated customer and robust security features, then you can move on to iOS. But the question is how to convert from one platform to another and how challenging is the job for an app developer.

First, we will focus on how to convert an iOS app to Android app.

Convert an iOS App to Android

Well, this is not an easy task to begin with. You have to take into account a number of factors such as app porting. It means that you can port your items from one platform to another. This is easy in Android because of the Java language that is friendlier.

In the recent years, some of the Android apps have been also allowed on Windows by Microsoft taking a few easy steps. 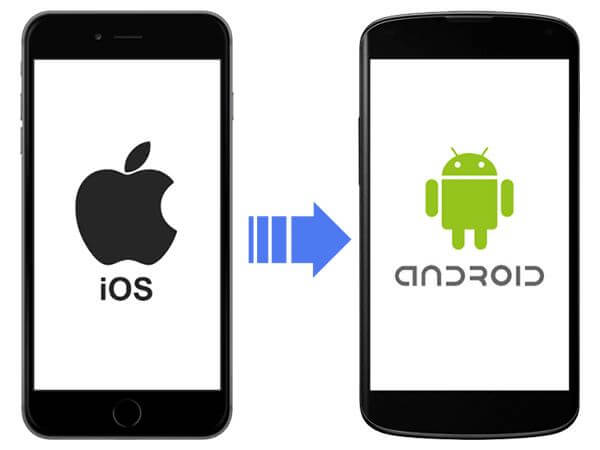 Android is known for its flexibility. You can add more features as per the demands of the market and even customize it as well. It provides extended functionality. Even the Google Play Store is very supportive in this regard.

It means that you don’t have to wait for too long after the conversion of app from iOS to Android. The bugs can also get removed very easily without much effort.

Now when you go for the conversion, you have to mainly consider on these aspects:

So, initially the work has to get started with deciding what should be the minimum level of version, which can support the app.

For example, if you are choosing Android 4.4 KitKat, then you get coverage of 90.5% of the mobile devices. But you have to choose the version according to the features and so an analysis is important.

You also need to review the architecture of the along with its features and functionalities. Please study and analyze the difference between the Android and iOS platforms thoroughly.

You can precisely modify and work on a few features including the push notifications, specifications about the switching of content, establishing better interaction between the other apps and touch 3D etc.

The Design of the App

You must know that there is a great difference between the designing of both the popular platforms. In android apps, you usually come across material design, while iOS has flat designs. Even there is a difference in the patterns used as well.

Read also: Material Design vs. Flat Design – Which One is Better?

So, the app designer has to redesign the Android app while converting it. Taking about the icon, Android has its own icon library while it makes use of the Roboto as its standard font.

The content navigation is mainly found towards the bottom and it has two types of button; the flat and floating button. In addition, you can also find other elements and tools such as Switch, Text fields, RadioButton, Bottom Sheets etc.

Another important factor to note is the metric differences that would basically involve the screen resolutions and 48 DP rule dominance in UI design, etc. the comparison of the font size becomes a pivotal job and the ratio that needs to be maintained is .075.

The Framework and Code Library of Android

The app developers mainly have to make use of the external elements and libraries while creating the apps.

But when you are converting iOS to Android, it’s important to go through the app compatibility of the elements and if they aren’t compatible, then choose frameworks.

You know well that iOS get developed in Swift language, while Android makes use of the Java or Kotlin. It is not possible to recompile the first code into the second. But both the platforms use and support C code and it can be ported with certain conditions.

Thus, when converting, the app needs to be written an entire different language and you have to take into account the app architecture, the app library and so on.

The Testing of the App

After you have done with the conversion of the app from iOS to Android, it’s time to go for quality assurance and app testing before making it live on the Play Store.

You have to check that your apps remain bug free and there is absolutely no problem in its smooth operation.

It also needs to be seen that it is offering an optimal UI and UX to the end user. Android has more devices than iOS and you also have to consider the screen resolutions and OS versions.

It can be said that migrating from iOS to Android needs proper planning and strategy that should be well executed. You have to access the entire project and minutely understand each of its details before implementation and then finally go for the app testing.

In the second round of discussion, we will now concentrate on how to convert the android apps to iOS apps. It should be noted that although android dominates the market by numbers, but when it comes to revenue generation, iOS is the boss.

Moreover, the users are more loyal to iOS apps. It basically involves five steps that can be discussed below. 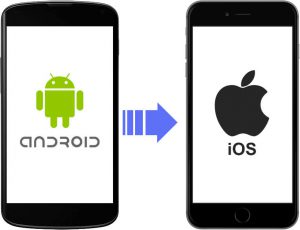 If you are aware of both Android and iOS device functionality, you should know that the biggest difference lies in the main button or the Home button.

The iPhones have one main button, while in Android devices; you would mainly find three types of main buttons; Home, Back, Multitasking.

In the android devices the users can tap back button to return to the previous screen but this is absent in iPhones. The iOS apps have horizontal and vertical tools while Android has more of vertical.

We have mentioned earlier in the blog that there is a vast difference in design of the two platforms. You cannot use the Android port for iOS and vice versa. Apple has flat design technique and Android has material design.

For example in iOS the text alignment is towards the centre, while in Android it is on the left. Similarly, the navigation bar is on left in Android and in centre in iOS. Roboto font is used by Android and San Francisco and Helvetia Neue by iOS.

Android has floating buttons with text caps while iOS has flat with shadows. Apart from these, there are other differences too in icon, object placement, alerts etc. But both platforms have special controls.

Support for the Device Screen Resolutions

Like while converting iOS to Android you checked the versions, here too you have follow the same process. In iOS you would get another advantage, which is users updating their devices at regular intervals.

So, you can straightaway go with the new version of iOS 11. You have to take into account the different sizes of the screen. There are less numbers of iPhones than Android devices and so there will be lesser screens to work on. This makes the job easier for the iOS developers.

However, it is very important to consider about the compatibility with another OS as Apple does not give much space when it comes to accessing the components.

The android OS makes use of the third-party framework tool or the library and so that has to be considered while making the apps compatible for iOS. If they are not, then find a suitable framework accordingly.

Here is the big challenge for the app developers. But the relief factor is getting the support of libraries that are friendly to both the OS. So, you can find a number of renowned apps on both platforms at the same time.

Testing the App and submitting it

The quality assurance and app testing need to be done on a serious note. It should primarily include the following procedures such as integration testing in which the combined testing of software modules is conducted.

The next is validating the text where you find whether the software matches with your expectations, then you have user acceptance and the final step is beta testing in which you get to know the real time data by real users before the final launching.

While testing, go for the latest methods and confirm that your app is updated and free from bugs. It must be fully functional.

Once this is all done its time to go live and you must follow the Apple Store Guidelines properly. You need a developer account for submitting the app. It allows you an access to various features and functionalities.

Having an app on both the platforms simultaneously is very important considering the fact the competition level has grown much higher than before.

If you ask about the resources you need to have a proficient development team and the time required is about one to six months. So, think no more and convert your apps into Android to iOS and vice versa at a reasonable price.