JavaScript, undeniably, has become of the most preferred developing languages for the frontline web developers in the recent times. It is equivalently popular amidst the backend developers as well.

One of the major reasons for its increasing popularity is certainly the introduction and growth of the Node.js bringing in the significant transformation.

Node.js is one of the widely used JavaScript frameworks for developing serves and web applications. In fact, it allows the developers to build server-side of the apps in JavaScript.

In this way, the developer does not have to make use of two different languages at both ends. According to a survey on web technology by W3Techs, Node.js is used by 0.3% of all the website servers.

Here in this blog we will be focusing on three Node.js frameworks that includes Express.js, Koa.js, and Sails.js. They are usually the Model View Controller (MVC) server framework that is written in JavaScript.

We will analyze each of them and be familiar with their pros and cons.

Read also:  Benefits Of Node.js And Why Startups Are Switching to It?

However, going deep into the discussion about which of the framework is best, it is viable to know the functions of both MVC framework and Middleware framework.

The Function of MVC Framework

As mentioned earlier, Model View Controller (MVC), wherein the Model is based on business logic and data of the app, the view is the application User Interface (UI) and the function of the Controller is sending the message and updates between the Model and View.

MVC based frameworks can be preferred best for the enterprise-grade solutions and also support the upfront development.

However, they are inflexible and one needs a lighter Node.js which can work better such as the middleware framework requiring less codes to maintain the apps.

The Role of Middleware in Web Development

Generally speaking the middleware is a kind of software that controls the flow of information between an app and the trio combination of operating system, server and the database.

One of its benefits is that it accelerates the speed of application and also reduces its hanging.

Usually two kinds of middleware are built for Node.js. It includes:

Express.js is a minimal and flexible node.js web application based framework that has powerful features and also an array of advantages.

You can develop both single as well as multiple pages including hybrid apps.

The Advantages of Express.js

The Disadvantages of Express.js

As such Express.js does not have a major drawback but there are some problematic issues related to it. 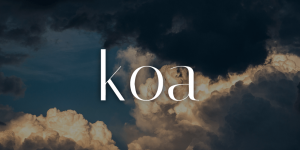 Now we come to the second contender, which is Koa.js, a middleware framework according to the claims of the developers.

So, first let’s glace through its specialty.

Unlike the Koa.js which is based on middleware, Sails.js is supported by the MVC framework that can help in developing a robust and useful web application.

Appropriate projects for each of the Frameworks

If we talk about what type of projects would be considered ideal for each of the frameworks, then we can categorize them within these categories.

How to Select the Ideal Node.js Framework – Conclusion

Well, the apt answer to the above question is that it all depends upon your specific needs, business targets and the project tasks. It would be sensible to first have a fair bit of idea regarding the various Node.js frameworks before taking the final decision.

Your choice should usually focus on these vital points such as:

So, whether you opt for Express.js, Koa.js or Sails.js as the node.js framework don’t delay any further in getting in touch with the proficient and well experienced node.js developers at Mindinventory today and get optimal node.js development services within pocket-friendly prices. Give your mobile and web application an edge over others.