Today, businesses of all sizes are transitioning their services to compact, digital mobile app solutions to reach a massive global user base. When speaking of mobile app development, Flutter has been a debatable topic since its foundation with its cross-platform development concept.

To date, Flutter has been widely used for startup and mid-level business app development due to its cost efficiency. But now, it seems like Flutter is all set to rock even in enterprise-grade app development and entering the golden period of ruling the mobile development realm.

The recent Statista survey shows the continuously increasing popularity of Flutter as a cross-platform development framework among mobile app developers – with popularity figures of 30% (2019), 39% (2020), and 42% (2021). If this adoption rate continues to increase, then by 2022, Flutter might cross 50% popularity among app developers.

The statistics also show an intense competition between Flutter and React Native in cross-platform app development. Soon, like React Native, Flutter will also gain more importance for enterprise app development than just being a choice.

Worry not! This blog will solve all your queries! This guide spotlights all facts shouting for the extended application of Flutter for enterprise app development.

As we are on the topic of the extended application of flutter in enterprise IT development, let’s first briefly understand its concept and the reasons behind its popularity among developers.

Flutter Being “Hero” Among Developers

Why? Flutter is Google’s UI toolkit (a bundle of Software Development Kit and customizable Widget UI libraries) for building native-like apps for all platforms, by writing a single codebase for all. Though it supports C, C++, and Dart, most app developers prefer to go with Dart extensively.

So, the question arises, “Why did Flutter choose to go with Dart programming language?” A revised question, “Why do developers prefer to use a dart in flutter app development?”

Dart is an object-oriented and web-based programming language. Nowadays, Dart is replacing Kotlin in mobile app development. The reason? It eliminates the need for XML and JSX – like declarative layout languages. An Ahead of Time functionality of Dart makes it fast to be compiled (thus, known as Just-In-Time Compiler), which eventually boosts Flutter performance with next-level customizable widgets and object-oriented functionality.

As per google’s survey done in 2020, there were around 2 million flutter developers, among which 5,00,000 developers use the Flutter Software Development Kit dedicatedly.

Being a cross platform app development framework, Flutter benefits developers in many ways with:

There are other reasons also for developers to pick Flutter over many cross platform app development frameworks.

Big Enterprises That Have Used Flutter In Their Massive-Scale Project

Why Use Flutter For Enterprise App Development?

Enterprise applications are for all sizes of businesses – progressive startups, medium-scale businesses, and large-scale enterprises, built for a massive user base but by considering specific applications and extensive cybersecurity.

Flutter has more than 4000 libraries and big support from the open source community, which makes it the best fit for massive-scale enterprise app development.

In this layered architecture, developers need to ensure the following requirements:

When it comes to ensuring a Native App-like experience in the cross-platform, Flutter offers great agility to integrate with Android Studio, IntelliJ, and Visual Studio Code. These IDEs support all available computation devices type, but to extensively meet the iOS build requirement, MAC with Xcode is preferable.

Apart from that, Flutter provides developers with an extensive set of libraries to smoothen the app development and maintenance parts.

User interface plays a vital role in making your app successful – after deciding Flutter app architecture. For that, Flutter supports functionalities of Cupertino Widgets for iOS and Material Widgets for Android operating systems.

To make your enterprise app user attentive, you can integrate the below-mentioned design features using Flutter:

Not just these, with today’s extensive Flutter library base and open source dev community, it has evolved a lot. With that, it is now possible to achieve image caching for faster loading, app responsiveness, neuromorphic view, calendar view, timelines, and much more. All you need to do is use their custom packages as library codes.

The device hardware access permissions changes as per the application and use cases, but below are the common hardware access a normal mobile app can have, which can be achieved with Flutter:

Nowadays, data is the prime key to unlocking the door to a particular realm. And you don’t want to lose it in the hands of a person with malicious intentions.

The internet security regulatory bodies also change with continents and countries. Hence, while developing any industry-specific enterprise application, you need to check and comply with concerning regulatory requirements.

Thanks to Flutter’s friendliness and inheritance to native Android and iOS sandbox environments, it is now possible to secure your enterprise app. Also, Flutter’s Simple Auth helps you safeguard app access authentication by hardening biometrics, pin, and password accesses.

Securing your enterprise app by installing an SSL certificate also helps to provide entry-level security coming from the web. It will also benefit you to showcase your web version of the Flutter enterprise app as a credible source.

Till now, in this blog, we only talked about Flutter helping to build cross-platform apps that run like native Android and iOS mobile apps. But now, with growing community support and libraries, Flutter is extending its cross-platform development nature to even Web, Windows, MacOS and Linux platforms. One app code file to be able to compile to run on all available OS platforms is what developers and businesses need for time and cost investment efficiency.

As a leading Flutter app development company, here we are sharing the reasons that make Flutter a beneficial choice for cross-platform development:

At last, we’d say that the Open Source Flutter developers’ community is working fanatically to add up more custom Flutter packages and libraries to extend its cross-platform development support.

How Will MindInventory Help You in Enterprise App Development Using Flutter?

The adoption of Flutter in enterprise-grade development is becoming a buzzword across the mobile app development realm. Through this, Flutter will not only provide them with a cost-efficient solution but also leverage them to rollout their digital service innovation with full thrust.

Flutter is the most feasible solution for all sizes of businesses to develop mission-critical apps for all platforms in a single investment. And MindInventory is the best choice to build your dream enterprise app under a friendly budget. Hire a talented team of Flutter app developers from MindInventory today!

Is Flutter Good For Enterprise Applications?

How Much Does It Cost To Develop An Enterprise App Using Flutter?

What is The Future of Flutter in Mobile App Development?

Flutter is still a growing development platform and has extensive support from the Google open-source community. Also, in Flutter, developers only need to code once to develop a cross-platform app with a near-native-like working experience. And this is taking developers’ and businesses’ interests extensively. Hence, we could say that Flutter has a bright future in mobile app development for all build-scale requirements. 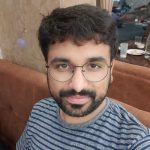