Technology is on a constant innovative role and with that perspective has brought a significant change in our lives. With the passage of time connectivity has improved a lot better; thanks to the smart devices, the wireless communication, sensors, cloud based computing system and much more.

But the one platform that has already created the buzzword and hype is Internet of Things (IoT), enabling the organizations to take controls and manage the operations conveniently thereby undertaking the tougher projects to deal with.

Before we can know how to design and create apps for (IoT), it will be imperative to be familiar with what Internet of Things (IoT) actually is.

The platform enables the network, the smart device and user to get connected with internet via a definite identifier. As such IoT works on an embedded technology to communicate with all external environment. 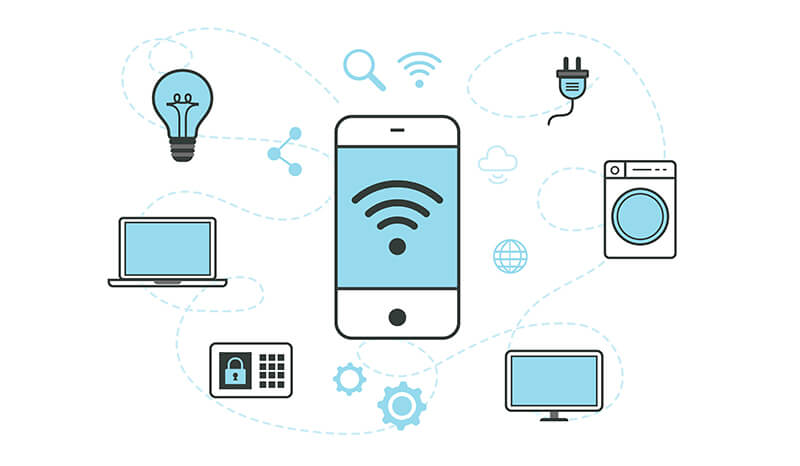 It is also been seen as one of the revolutionary mobile app development trends in the years to approach. It is probably a single top-notch control that manages everything right from an array of cohesive events to number of interconnected devices.

According to statistics offered by BI Intelligence, 24 billion devices will get connected to IoT by 2020, whereas $6 trillion is expected to be invested in IoT within the next five years.

Internet of Things have essentially influenced a diverse set of industries to speak of including the healthcare sector, the entertainment and gaming etc.

Some other varied industries like retail and supply chain management, home automation, automotive, agriculture and logistics have gained from IoT. So, there shouldn’t remain a slightest doubt regarding its enormous future.

The Three Pillars of IoT

It is important for the app developers to note that the entire structure of the Internet of Things, basically rests upon three major pillars. They include:

The network usually performs the same function to what router does in connecting the network to the device. Here the devices are linked to the cloud.

The information is received from the infrastructure stationed at data centers. The things provide the data stream and also manages it. On the other hand, the things are organized by software.

The Things in themselves acts as an Internet Gateway is regarded as an important structure that helps in other device communication through a single or many communication protocol.

The processor is not high powered and in most of the cases it gets directly linked up to Internet of Things. The Operating System is also embedded. The device that gets connected to the network normally does not have a screen.

The Cloud is a server that serves as a security cover safeguarding your confidential data. During the critical juncture, the ordered data gets processed whereas the processing of a program occurs during the concluding stages.

This program can be anything from a web app to a mobile app or even a software that users make use of.

So, now that you finally sit down for developing an application for the Internet of Things, there are a few factors taken into consideration. Let’s have a quick glance at these:

1. Choose an Appropriate and Convenient Platform

The first and foremost step that the developer needs to ensure is selecting the appropriate platform for the development process. You must remember the fact that it should support the IoT applications and its components.

The platforms such as Ubidots, Xively or Thingworx are IoT proven and offer the scope to design the best in class apps.

Apart from that if you are choosing an authenticated platform, you are also avoiding the unnecessary exposures. With the help of these platforms you don’t have to start anything from the beginning.

2. Consider the Industry for IoT Application

Today Internet of Things does not have limited services but its scope has much widened and extended.

So, it is essential to consider the industry. The industries are connected with the devices and network to offer solutions. 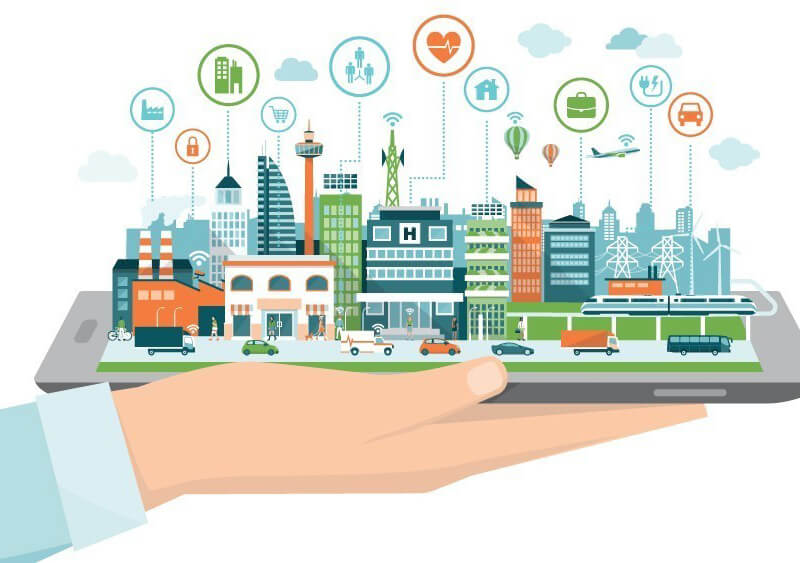 As such there are a diverse set of industries that is optimally connected such as the healthcare, transportation, energy resources, sports, manufacturing etc.

For instance, it will become easier for the people to find transportation such as connecting buses or trains. Side by side you will also have to find ways to improve in connecting the things.

While you are developing the apps for IoT, it becomes important to separate the services from API interface. But why? This is because you want your app to smoothly run on mobile and web desktop.

4. IoT Data Must be Secured Strongly

It becomes the sheer responsibility of the application developer to offer a strong secured environment to IoT data especially from the physical attacks.

The security becomes paramount in case of GPS networks or in case of banking apps.

5. The Different Levels of IoT Apps

Understanding the various levels of IoT applications is pivotal as it gives an idea to know the system and its function. There are four different layers; the devices, the ingestion tier, the analytics area and lastly the end-user.

So, first consider the devices that you will be connecting. In the ingestion tier the infrastructure or the software receives data or organizes it.

In the third layer the data is mainly processed with the help of analytics area. The last is the end users for whom the app is getting developed.

The Internet of Things is always connected with things and keeps communicating with it. This is what distinguishes them from the traditional web and mobile apps.

The hardware is always apprehended to have security based issues in the firmware and so it becomes essential keep on updating firmware. The firmware needs to be authenticated and signed before the update.

7. Not Compromise with Speed and Quality

As an app developer you need to keep in mind when creating applications for the IoT, you cannot comprise with the speed and quality at any cost.

You need to focus on transforming the ideas into actuality and offer stable working prototype. Once you achieve, you can think of being successful.

8. Provide Scalability to the Applications

The Internet of Things based applications should be scalable. The IoT is still a new concept but it has already been predicted that it has immense potential and will become larger than ever with the time to arrive.

Scalability will allow your app to remain in light even after a long period of time.

The Internet of Things is although new into the technological arena but isn’t a foreign term any more. Gradually it is expanding and has reached to a different height where accessing information and getting connected has become easier and cost effective.

The applications for IoT is a challenge for the developers because it is not based on the conventional methods unlike web or mobile apps.