There have been several debates on the Agile versus DevOps in the IT industry as both are the buzzwords today. Although they are relatively different from each other and cannot be interchanged, they also have some similarities as well.

Therefore, we need to get aware of both the terms initially and then proceed with their major differences and similarities.

Agile is a Software Development methodology that is aligned with the values and principles of the Agile Manifesto. It is also based on the iterative development, which focuses on the partnership of the cross-functional teams to get the required solutions. 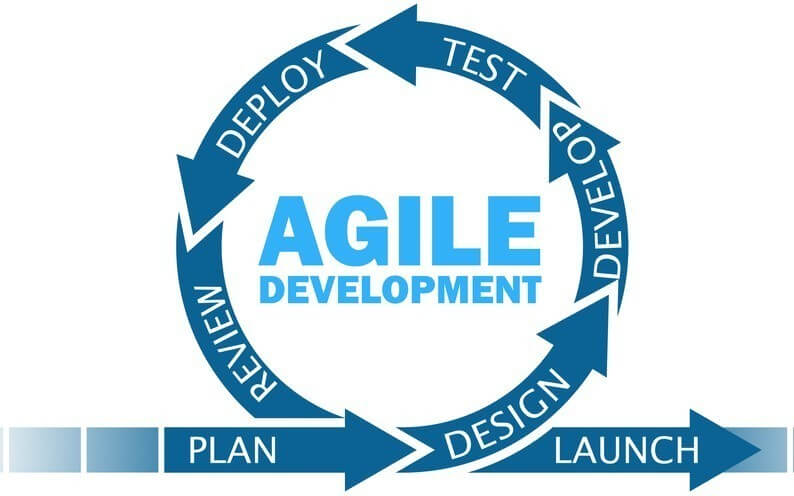 You can implement the agile technique in a number of methods such as the scrumban, scrum or kanban etc. The Agile offers a very intensive change in the working process, which at times can disrupt the functioning of the whole business enterprise.

The term DevOps is actually the combination of two words; development and operations. It is a methodology using which the IT teams and developers interact and build the relationship with each other.

The DevOps has also been credited for introducing a work culture in the office and enhancing the skills.

Like Agile, DevOps can also be incorporated in several ways such as scrum, kanban, but it mainly offers technology to the enterprises for smooth business operations. It also offers the annual software updates seamlessly.

So, now that we have given a brief introduction to both Agile and DevOps, it will be liable to throw some light on the key differences between the two.

The Basic Difference – Deployment and Methodology

The DevOps usually focus on providing readymade software that can be safely deployed and is reliable as well.

The DevOps has nothing to do with the software development using the Agile method. The developers can also deploy the waterfall method.

On the other side, Agile is basically a software development methodology. The development team is only involved in building the software and launching it.

The Number of Members of Team

Since Agile mainly focuses on the scrum model, you do not require employing a large team of members to assist in the project. As the number of individuals increases, it would only hamper the working.

On the other hand, the DevOps requires the joint collaboration of various teams to work together.

They are free to choose and work with different models such as kanban, waterfall or scum, but when the software is about to get unveiled, the various teams have to join together and interact the deployment team to proceed further with the plan.

However, the DevOps is not related to any deployment model.

One of the crucial differences between Agile and DevOps is regarding how teams work on developing software. The developers working with Agile methodology are trained in doing all types of work. You can say that they are the all-rounder.

This makes it easier to substitute one member with another without hampering the course of work. Not only does it improves the efficiency and quality of the work, but also betters communication amongst team members and enhances the speed of development as well.

However, unlike Agile the DevOps requires to different teams; the development and operation to assist in the work. The team members have to coordinate strongly with one other if they want to obtain best possible results.

Difference in Approach to Planning

One of the other dissimilarities between the two methods is in their approach to the planning process.

As such you need to develop new versions and updates in case of the Agile method at specific regular intervals, such as in a month.

Now, this time frame is known as the Sprints. The developer has to choose the closest time frame or sprint along with the different functionalities that have to be implemented. The teams are familiar with the time and increment in the number of functions.

They have to take the feedback from the users and test the functionality developed during the last sprint.

The major motive behind planning the deployment in DevOps is actually to optimize the business operations. There are two options that you can follow.

In the first case, you can deploy each of the updates as soon as it becomes visible or you can opt to wait until a number of updates are visible and deploy all together for optimizing the business.

In DevOps, the developers are not in a hurry for deploying the updates but aim to get maximum business operations.

The scrum is undoubtedly one of the most common methods for implementing the Agile methodology. Scrum is usually a framework that is basically employed for doing difficult and harder tasks.

However, in the beginning it was mainly introduced to develop software but now it helps in completing complex work. The team members focus on improving the communication by holding daily meetings where every member briefs about what work he is done and what needs to be done.

This makes it easier for the project manager or team member to allocate the work accordingly.

As said earlier the documentation plays an incredible role in the DevOps. The team is divided here into different groups.

The operation team must have thorough and updated knowledge on the development procedure to appropriately make arrangements for the deployment.

The operation group may also ask the users to test the updates and send their feedbacks. Though the interaction level is not on a day-to-day basis, but it is still important.

The Similarities between Agile and DevOps

So far, we had an important discussion on the key differences between the two methodologies i.e. Agile and DevOps. Now, we would focus on the common similarities and see how they are related to each other.

Both Working to Enhance Business Productivity

Although the methodology or approach of both Agile and DevOps may be different, they work towards achieving a common goal, which is to enhance the business productivity.

Both are highly reliable. The Agile drives DevOps to work faster and DevOps pushes Agile to be thorough.

Both Agile and DevOps are happier to implement and adopt the lean philosophy in large quantity. This is visible specifically in the communication.

The frequent collaboration is another aspect where Agile and DevOps share a common goal. The team members have to collaborate with each other, whichever method they are opting for. In addition, the groups have to also give frequent updates regarding the development process.

So, what we can conclude from the above discussion is that Agile is basically employed for developing the software, while the DevOps mainly emphasize on software deployment.

However, there is no need to substitute the Agile with DevOps. Both work on different methods and approaches. So, do not get confused and think that both Agile and DevOps are the synonyms of each others.

No, they aren’t, though they may have few similarities but mainly known due to their differences.