Testing in DevOps – Everything You Need to Know

Organizations have widely accepted DevOps services to refine the quality and promptness of software delivery. DevOps helps the development and operations team to...

Automated testing played a key role in standardizing and speeding DevOps processes. Here we will talk about DevOps, testing in DevOps, benefits and best practices of DevOps testing strategies.

While Agile and DevOps are two different processes, one can find familiarity between the two as those who are working on Agile will likely adopt DevOps effortlessly.

The term DevOps stands for development and operations, and works on continuous development. i.e the software being built, deployed, tested, verified and delivered on the ready to use production environment.

DevOps is an exercise focusing on modernizing the areas ensuring its progress. The conceptualization is to accelerate the delivery of working software and eliminate the bottlenecks.

How has Testing Worked Traditionally?

Traditionally, in the waterfall model, software testing was performed as per the following phases:

Here, software tester do the testing work apart from the development team so it becomes difficult and expensive to fix any bugs discovered during the testing stage. Hence, it’s uncertain whether the required quality and standard of the development could be conserved within the allocated time frame.

Why is QA Essential to DevOps?

DevOps is a collaborative approach and integration of QA in the development and testing cycle plays an essential role. In DevOps, quality is ensured throughout the project cycle and highly motivates continuous testing.

In the traditional testing approach, the quality team was the last to enter the project to verify the application and it had no role in the initial phases of application development.

The pattern is changed through DevOps, now, the latest development code is pushed to production by the QA and testing team with ease, while the deployment is ensured by the DevOps.

As a result, quality assurance is no longer limited to logging bugs but is now involved in ensuring the smooth release of applications. The role of QA is changed with DevOps:

How to Create a DevOps Workflow?

One size does not suit all solutions due to the stretch in requirements and objectives of the teams. Thus, it becomes important to construct a DevOps workflow for the team.

Below are two general scenarios to integrate DevOps workflow:

Picturing the tasks with a Kanban board helps us to identify and address these issues to accelerate the workflow. Detailing segregated tasks on boards allows the team to work together, resulting in developing the functional test strategies. For the most part, this revamps collaboration between DevOps and TestOps.

Testing the build in each and every version clears out the risks that can hamper the delivery of builds on time. The evaluation of build in a continuous manner would help to eliminate risks at every single stage.

Routine feedback from customers helps developers to understand and fix problems and make continuous updates to the application. It gives an ability to create test cases as per functional point of view, which are executed as per requirement to evaluate the end user’s experience. DevOps testing aid to keep the software sturdy and stable.

As DevOps make use of test automation, it ensures the platform coverage by integrating and using the right test automation tools. This approach helps to deliver at a good speed.

The need of the hour is to get the feedback within a day in order to make the fixes at the same time. Traditionally, developers need to go back to code after weeks of building it due to late feedback. DevOps leads to faster feedback and faster delivery.

Organizations have adopted DevOps with open hands. The interesting part about DevOps is that each team member plays an important and equal role. The DevOps team has a common goal of delivering secure, stable and quality software.

Best Practices for Testing in DevOps

Choosing a bedrock for test automation is challenging for organizations. A comprehensive evaluation of the software is vital to create a DevOps testing strategy. Below are some of the key points to help shape a successful test strategy.

It is very important to test the functional areas and therefore we need to write end to end tests. End to end tests cover the real time scenarios of each module and not just depend upon the unit tests. The tests include a set of test cases for the vast coverage which boosts trust and confidence for the project delivery.

In DevOps, the constant integration of code is kept to a central repository, which means the application is always ready for continuous testing. Testing the application at several stages can help in delivering better products.

As the code is frequently updated, the best exercise is to include unit, functional, integration and regression testing in place. Including different testing types eliminates the risk of errors and failures and improves performance of applications.

The Kanban boards are part of agile methodology which has a major focus on the smooth project delivery. With the key features such as a clear picture of the project status, issues and updates helps the team to communicate and collaborate better. The board gives a sharp view of the bottlenecks in the pipeline and enhances the process roadmap.

Testing tools makes the tester’s work easier if the tester has adequate expertise and skills to analyse and use the tool. The budget factor also plays a role when talking about the testing tools in automation. Some of the DevOps testing tools are designated as:

Various DevOps tools are available in the market. These tools help in saving time by automating the process for development integration and delivery.

Some of the familiar tools include:

The behavior of applications is switching day by day and getting resilient. For many businesses, DevOps is the right solution for increasing or maintaining market competitiveness. DevOps can increase the development speed, but a vigorous QA strategy can lead to successful delivery of the project.

Shweta is Quality Team Lead at MindInventory. She is detail-oriented, collaborative Software QA Test Engineer with 7 years of experience in Software and Embedded industry having strong experience in Agile Environment. She is researcher and a keen learner. Profile
8

How We Perform QA Testing at MindInventory

Get free consultation for your digital product idea to turn it into reality! 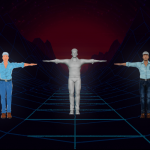