Ever since the Apple has occupied the center stage from June 2007, there has been a gigantic change in the arena of mobile industry and the operating systems. The iPhones undeniably have revolutionized the lives of gadget savvies significantly offering a tough time to its rivals in the market. Apple keeps on updating its new versions for the users. It recently launched the iOS 11 on the 19th of September 2017.

With the passage of time the mobile applications are becoming all the more important playing a crucial role in day to day life of the human beings. The iOS Operating Systems are not just restricted to computer or Smartphones but the range also includes iPads and iPods.

Since Apple keeps on releasing the new versions of iOS almost every year; therefore, it is essential to look at the challenges that iOS developers face; specifically focusing on the current trends.

1. Compatibility of the App

With Apple, the app developer finds it much easier to battle with compatibility, which you will not find in the case of Android OS. However, the path is not as simpler as it seems to be. It is because, first you have to find out the definite versions of the iOS that the application will support. Obviously you are aware that if you are adopting the newer versions, then you are bringing in more users on the board.

It is necessary that each of the iOS applications is compactable with its gadgets such as iPad or iPod. But the real test for the developer is to select amid a number of Apple devices. It will be advisable to test the application so as to detect the problem.

2. The Limitations Related to Storage and Memory

One of the other challenges that a developer has to deal with is regarding the limitations of storage and memory. In case you are building a single version of the iOS, even then several devices operate on that one version. And you know every device has memory restriction.

You know that there are some apps or games that consumes lots of space and unfortunately even if the phone is supporting the latest iOS version, the user will not be able to play the game. Thus, the developer needs to take into considerations the demand of the app.

3. Getting an Approval from the iOS App Store

Once you have developed an app, it’s not that you can release it instantly. You need to get the approval from the Apple’s App Store and avoid the reasons for getting rejected. 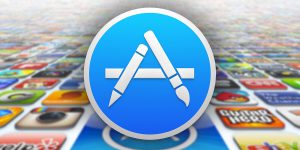 There are number of such reasons and it is important that you should be aware of them. Apple has set some rules and regulations and so don’t try to get over the line. It is also essential to remain up to date completely as it keeps on changing.

4. The Challenges Related to Battery Life

The audiences are not satisfied with the performance of some of the apps that they install into their smartphone. One of the prime reasons is that these apps consumes a lot of their battery life and so the end result is that they get uninstalled by the users.

Therefore, you have to develop such apps that does not suck the battery life and betters the performance. However, this is not an easy task because even big giants like Google have faced criticism related to battery life. Here you can come with some innovative ideas on how to improve the performance of the app.

5. The Speed of the Internet

Although the speed of the network is such a big issue, but even then it can raise some concerns if you are incorporating videos and other streaming services that consumes lot of data. But the good news is that some companies such as the Netflix have found out a viable solution by adjusting the quality of the video to reduce data consumption. The app optimization will help in data checking.

The fashion and the design trends are changing very frequently. You have to keep your audience in mind while designing the User Experience of the app. You need to work with various design types such as the material, anthropomorphic and flat design.

7. The Security of the App

The security of the mobile application is one of the most vital factors that should not be missed out at any cost while developing it.

In case the user data is not encrypted, it means the data has been breached. You have to prevent the app from getting hacked; for which you have to build in a very strong technical security layer because the hackers have become smart. It is definitely a big challenge.

There are a number of companies that are not restrained to looking for only iOS or the Android. They also seem to be much interested in looking forward to Linux, Mac or the Windows. Believe it or not but the audiences will just give a lot of priority to those apps that can be synchronized easily on computers, laptops, phones and tablets. Whether your app is document or video based, it does not matter much, what matters is that it is easily assessable on all the devices.

This problem usually props up in the case of gamming apps. However, it is serious issue. For instance, you develop a game in the form of app and then you get to know that your idea, style, mechanics and other things are getting copied by somebody else especially if the game becomes popular.

This sounds quite frustrating. Don’t get into this groove. Instead keep on changing the tactics and adopt new techniques to remain ahead.

One of the optimal methods that you can implement for testing the app performance. You can test whether your app is functioning well and if there is any problem. It also helps in the removal of the bugs if any and this is how you can satisfy your audiences and get more of them. You can also say that it helps in app promotion.

Well, it is a hard thing because future proofing your app is very difficult. But if you are a fortunate developer who knows what’s the Apple’s next big plan in the new version before its release, then it is no less than receiving a bumper surprise.

However, it is not everyone’s cup of team as only highly experienced and proficient iOS app developers will get a clue to development and revue cycle.

The iOS developers encounter a plethora of issues and challenges almost on a day to day basis. But they need to find the best solutions using their technical knowhow and remaining comprehensively updated with the latest developments in the field of apps.

They also should remain alert about when and what latest news is being offered from the Apple and the best way to do so is keep on reading the blogs. The more experience you gain as a developer, the more easily you will find to tackle these issues.