One of the main factors that grab users’ attention in a game is how its characters interact, look, and function. It engages users and makes their gaming experience top-notch. And if you want to improve your users’ experience, you must go for the 3D effect that makes your characters voluminous, realistic, and closer to the users.

The popularity of 3D is increasing day by day, and the gaming industry is the primary element behind this popularity. Global Market Insights state that the 3D Rendering Market’s size was over $2 billion in 2019, and it will increase more than 20% by 2026. Thereby, it’s a potential technology, and 3D character modeling is an essential part of it.

But how will you create 3D characters? Different specialists perform this task. They sketch, design, texture, and make animated characters to enhance the gaming experience with some exclusive figures.

However, performing 3D graphic design is quite challenging. Although it brings countless scopes to learn and use the latest technologies, 3D character modeling needs different areas of expertise.

In this post, you will learn about 3D character modeling and designing unique game characters that users will not forget even after finishing the game. Let’s read on!

What is 3D Character Modeling?

3D character modeling is a graphic design technique that creates a three-dimensional digital representation of a surface or an object. Artists use specific software, start with a simple shape, and slowly enrich it with more details.

Furthermore, they need to perform different complex stages to obtain a flexible and convincing figure. In short, it begins with easy sketches and ends with advanced detailing.

The 3D modeling process creates a digital object that can be animated. It’s an essential procedure for special effects and character animation. You can use 3D models for different mediums, such as engineering, video games, commercial ads, illustration, architecture, and movies.

How Does 3D Modeling Work?

The creation of 3D characters starts with simple steps and gradually moves towards complicacy. The highly detailed 3D models appear as primitive shapes like a cube or a sphere, and they are the main element for making a model. Artists employ this figure and use special digital tools to give it a preferred shape and outlines.

3D model creation needs patience. You need to put the verticals carefully to contour the model correctly. The polygons make up the exterior of the mesh, and you can subdivide it into smaller shapes to generate more detail. These subdivisions are vital if you want to animate the 3D model.

You need extra polygons to ensure seamless motion if you find any joint of the character model tough to bend, such as the elbow or knee. Various tools accelerate the modeling process. Many programs incorporate the mirroring method that helps artists create a symmetrical model by working on one half or quarter of the object.

Once you create the model, you can paint and texture the surface. You can employ textures to false surface details. It helps make a model look more complex than it is. The method is essential in video games where complex meshes intrude the gameplay.

The Benefits of 3D Character Modeling

The arrival of 3D technology has transformed gaming and other industries. This technology allows the creation of unique, realistic, and detailed visual content. And it has many benefits compared to 2D technology, particularly while developing games, cartoon characters, or movies.

Let’s not differentiate 3D from 2D! We will only discuss the most significant benefits of 3D character modeling, which include:

A 3D character model looks more solid, vibrant, and colorful than a 2D drawing. Moreover, you can view it from various angles.

When creating 3D models, you can accomplish every level of detail, be it simple sketches or precise photography.

The final 3D model is easily accessible for additions and adjustments due to the modern software’s advanced features. You can update it quickly if needed.

You can control 3D characters easily as you have already modeled them in three-dimensional space. You don’t require redrawing them in various poses to showcase a new movement.

How to Design 3D Characters?

A 3D character must match the environment and theme in a game. Creating this character is an essential part of the game art, so artists need to follow some steps before 3D character modeling. Here is a step-by-step guide of our 3D character creation from designing, modeling to application to the game engine:

Concept art is the design of a character’s whole concept and style. To create a design idea, artists must employ a concept that holds the significance of a character’s personality, including their different characteristics, appearance, habits, behavior, background, and so forth.

To design concept art, artists need to look for sources for concept creation, character inspiration, study, and character drafting. Generally, they begin with making a mood board and then make many sketches that incorporate the primary body and facial features and the silhouette of a character. After completing the design, they can work on the colors.

We have already discussed what 3D character modeling is. However, to create the final figure, you need to go through some modeling stages carefully. These stages are as follows:

At this stage, artists block out a character model’s fundamental shape of face and body, i.e., muscled frame and skeleton. If the artists know human anatomy, they can stylize the character.

Artists use this technique to create a 3D character with digital material. It is essential for making stylized, hyper-realistic, and photorealistic 3D characters.

A precise 3D model requires ideal retopology. The number of polygons impacts the quality and clarity of 3D characters. Artists must organize and align these polygons locally and precisely to ensure the animation functions properly.

Retopology tries to change a high polygon model with a selected number of polygons. In short, it’s a reduction of polygons in the model.

3D artists apply the surface and color elements to the character at the texturing phase. They try to ensure that the model matches its real-world prototype or concept in every detail. After all, if players find any wrong, non-realistic feature, they can reject it.

Rigging can make your character move. Artists add joints to allow your model to move normally. They need a skeleton for the precise bends while the character moves. Put your character’s movement in various poses to make it appear more realistic.

The skinning is the next phase that binds the model’s geometric mesh to the rig. The characters’ appearance during their performance depends on their quality. So, finally, the model is prepared for animation.

It is the ultimate step of creating a 3D character model. The character gets its life at this stage–its body functions and facial expressions. Every movement must showcase the model’s personality.

These movements should be realistic, natural and must create emotions in players, whether laughter, happiness, or compassion. And a high-quality animation can only make this.

How Much Does It Cost to Create a 3D Game Character?

The cost of creating a 3D game character depends on some factors:

If you have a gaming project that requires 3D character modeling, you should hire a 3D game design and development company. The organization will give you an estimate of the entire cost of creating a 3D game character.

To develop a 3D game character, an artist needs many skills, expertise, and years of experience in the same field. Hence, hire a professional organization to create appealing, notable, well-designed 3D game characters.

Which is the best 3D modeling software?

For designing a 3D character, game developers use multiple software for 3D modelling and rendering. Some of them are 3ds Max, Autodesk Maya, Daz Studio, ZBrush, Blender, etc.

How long does it take to create a 3D character?

The time to create a 3D character depends on many factors, like the level of complexity, experience of the modeler, etc. Keeping in mind these factors, it can take approximately 100 to 200 hours.

What does a 3D modeling artist do?

All 3D visual assets in the game, like characters, weapons, vehicles, furniture, trees, and so on, are created by 3D modeling artists. They often begin with a short or 2D drawing from a concept artist and create their 3D models from that. 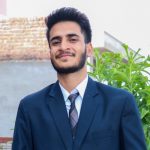