Google launched Android Studio 3.4 on April 17th and it is ready for download on new versions of Windows, Linux and Mac. This is the latest version of its IDE (integrated development environment), which comes with a limited set of focused features. It addresses the workflows of the core developer for resource management and app building.

The fresh set of features in this version includes R8, which replaces Proguard (default obfuscator and code shrinker), an updated PSD (Project Structure Dialog) and a new resource management tool for the app. Other features include an Android Emulator, that comes with Android Q Beta support.

You will be happy to know that the new version comes with more than 300 stability and bug enhancements. This is a part of the Project Marble effort made by the Android Studio team.

Last November, the product manager of the Google group, Karen Ng had stated at the Android Developer Summit that the IDE needs to be ‘rock-solid stable’. Later, in January 2019, Android Studio 3.3 was released.

The new version comes just a few months later, with several new features. Here are some of the newly integrated features you would love to explore.

Previously, navigation and asset management on Android Studio used to be tedious and clunky. The difficulty increased, as the app grew more complex. The new resource manager feature visualizes the colours, layouts and drawable elements in a consolidated manner in the app.

The panel, apart from visualization, supports bulk asset import by dragging and dropping. These features are likely to enhance the usability of the app and you will enjoy a better asset management experience.

Android developers can also use these features to manage assets that are received from a design team and view the same in an organized way.

When you work with new libraries like Firebase and Jetpack, the common classes will be identified by Android Studio 3.4 in these libraries. It will use code intentions to suggest the necessary library dependence and import statement. 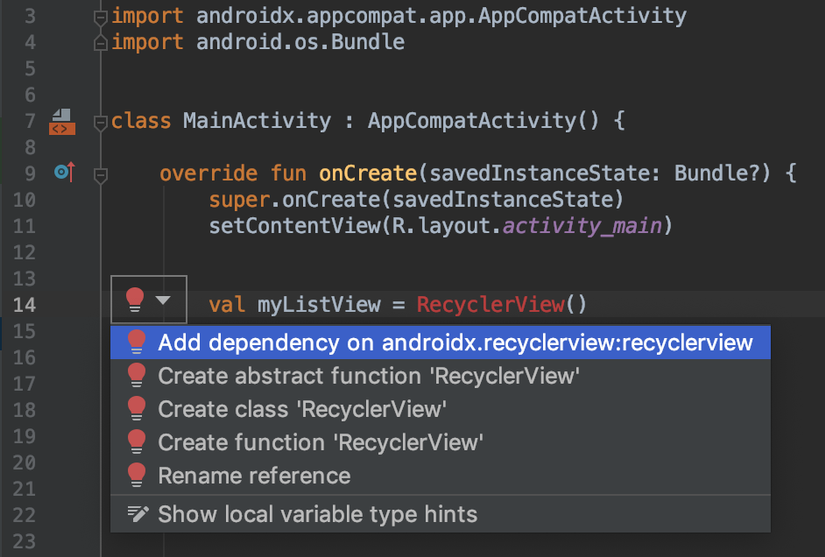 Through this level of optimization, the users will be able to save time, keeping themselves contextualized with the code. Jetpack libraries, as you know, have been modularized.

The new version will identify the exact library or set of libraries, necessary to incorporate a new class of Jetpack.

Android Studio 3.4 comes with a refreshed Layout Editor Properties Panel to enhance product refinement. The warnings and errors come in a highlighted colour and the users can now enjoy a resource binding control for each of the properties.

The color picker has also been upgraded to refine the overall experience of the users. When you download the new version, you will find a single pane with collapsible sections with properties.

In Android Studio 3.4 the users will enjoy a new interface front end, through which they can manage Gradle project files. This feature allows the users to add dependencies to the respective projects at a module level. 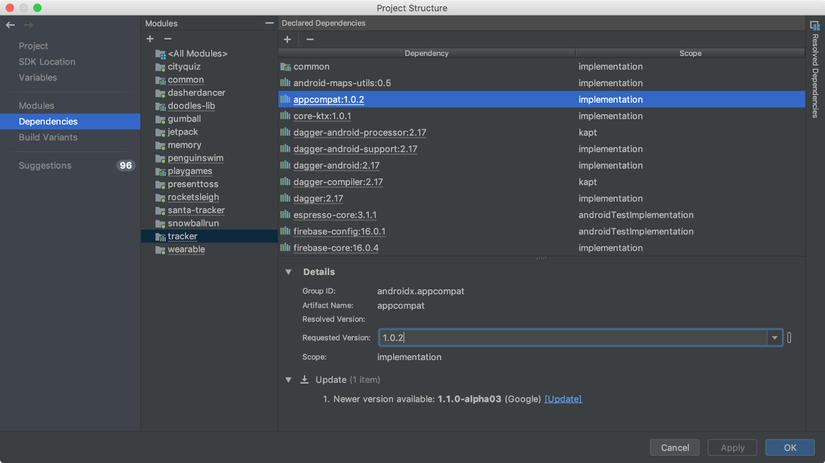 Besides, you can build variations using the new PSD displays to enhance the configuration of the files that you build. It is not necessary to get the Gradle plugin version number upgraded to benefit from the new PSD.

In the new version of Android Studio, R8 is replacing Proguard. Through R8 code shrinking, you can get the size of your APK reduced, simply by eliminating the unused resources and codes.

Apart from this, the actual code occupies lesser space. R8, as compared to Proguard is a better option, as it combines dexing, desugaring and shrinking operations in a single step.

You will find that this is a more efficient approach for the apps that run on Android. Presently, R8 is the default code shrinker that one creates with Android Studio 3.4 as well as the ones that are built using Android Gradle plugin 3.4.

The developers have also released Google Pixel 3 XL and Google Pixel 3 device skins in Android Studio 3.4. Now, it is possible for the users to download the images from Android Q Beta emulator system for app testing.

You should note that Google advises the users to run the Android Studio canary version as well as the emulator, so that you can get the latest changes in compatibility, when you run the Android Q Beta program.

With the new features and bug fixes, Android Studio 3.4 evidently promises a brand-new experience to end users. In case you are using an old version of Android Studio, you can simply update the app and use the stable release version at the same time. Isn’t that wonderful? We’re sure, it is!