Bitcoin as such is no more a new term in the dictionary of the digital world. It was introduced a decade ago, way back in the year 2009 and since then it has become one of the prominent forms of digitalized payments.

However, it is not an actual coin made of any metal; but a form of cryptocurrency. The people conduct peer-to-peer transactions with ease for free of cost or at very low cost.

With the passage of time, it has grown up by volumes and according to one of the surveys, it has increased by 560 times during the last five years.

As such it does not need the support of any other commodity as it is traded online. Any person can get access to the bitcoins, all you need is a valid email id and internet connection.

Due to impactful influence on the world market, a number of companies have already started to implement this cryptocurrency as it makes payments even more simplified.

So, the bitcoins have become popular in the form of mobile applications. We know that different types of payment systems such as PayPal, Braintree, can be integrated in the mobile apps and certainly the addition of the bitcoin has provided more scope in this direction.

The Use of Blockchain Technology

Although there are some risk factors associated with the electronic payment systems using bitcoin, but it has not lost its trustworthiness. The transfer of money in this procedure relies on the blockchain technology. 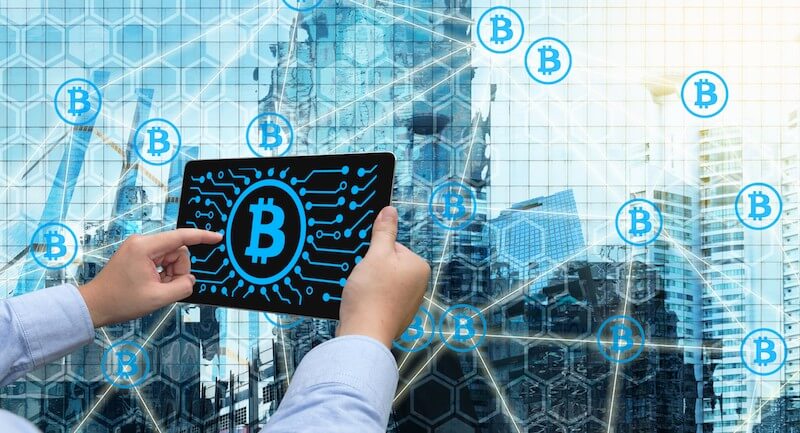 The blockchain process keeps its eye on each of the stages of the digital payment in the encrypted formThis is all carried out on different devices so that no changes are made to the prevailing records.

Here one does not need the assistance of the third parties to complete the deal. So, after getting familiar with the blockchain technology, we need to focus on the benefits that Bitcoins are offering as wallet apps. 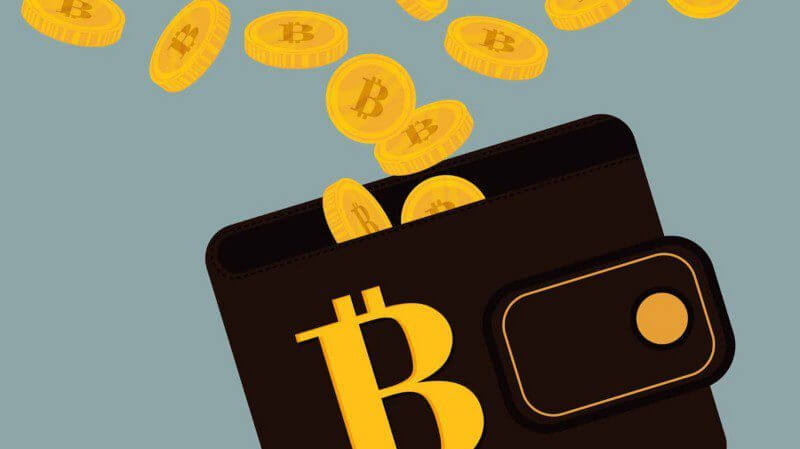 The mere fact that the value of the bitcoin is hiking with each passing day just tells you the story.

Obviously, it is offering various benefits because of which the price of bitcoin has ascended to such a higher level.

According to news website the transactions related to bitcoins have already exceeded something over $100 million, which is a hefty amount.

1. There is no Government Regulation or Control on Bitcoin

Well, to be precise many people may see this point as a disadvantage, but the fact is that it is rather regarded as a benefit.

This means there is no such regulation on the transfer of money through the cryptocurrency. This is a decentralized process where the user cannot block or decline the transfer of the funds.

Secondly, the transfer of money through bitcoin will not have any impact during any financial emergency. Neither the bank nor any other organization can issue any instructions related to use of the bitcoins.

2. Money can be Transferred Affordable and Swiftly

One of the specific reasons why bitcoins have gained the impetus in current world scenario is also because their transfer is affordable and conducted at a faster pace.

Whether it is online bank transfer or payment through PayPal, the user has to depend on the speed of the network and also have to wait for some time for completion of verification process, but there is no such thing in bitcoin.

Moreover, you also don’t have to pay the transaction charges, which normally bank charge in case of traditional methods.

3. Inflation Has No Impact on Bitcoin

Inflation or the hike in the price of commodities does have an influence on currencies issued by the governments, but the bitcoin remains an exception.

Its value will not change and so you can easy make your online digital transaction without any ifs and buts in mind.

Often when you conduct an online transaction through bank, using the ATM pin or the password there are risks that the hackers may get your confidential data, but in the case of bitcoin when this possibility is negligible. No one can secretly know payment information because there is nothing secret here.

As such only a couple of parties are involved when the transaction is done through this cryptocurrency. They are public and private and you need the combination of both keys for conducting any transaction.

5. The Mysterious Nature of Bitcoins

It has been said that if you have bitcoin wallet, you are the owner and will operate your account; nobody else.

You only have to generate an address of the person who would receive the money. The address looks very vague and is difficult to comprehend such as 1Jhbck6ziWRmQBp67GVDgLSJ9eFF5xNXgB.

Innumerable numbers of addresses can be created for the wallet file. Once you are familiar with the address, you would know the amount of money transferred, but what you won’t know is the name of the recipient.

However, at this vital juncture it will be suitable to throw some light on the essential features of such app.

Before beginning to developing the wallet app with bitcoin cryptocurrency, please note that it is not at all a difficult task.

However, as the initial step you need to utilize a few libraries offering standardization of functionality to synchronize with the blockchain.

The best library that you can use is Chain-java. Apart from that you also need to select the appropriate bitcoin wallet API for getting an access to the blockchain.

There is also a second alternative option as well. In this case the developer is not required to choose the library, but instead he can opt for a customized bitcoin wallet app according to needs of the client.

But when the blockchain developer is choosing the customized wallet app, he has to do a number of adjustments.

If you are choosing both Android as well as iOS platforms for developing the wallet app, then the best idea would be to create a common module with the help of Java.

It will get converted to Objective C using a standard plugin. The module is similar for both platforms.

Integrate Bitcoin as a Payment Option

In case you don’t want to develop a cryptocurrency wallet app from right from the word go, it is highly recommended to integrate bitcoin as a payment option.

There are many companies such as Amazon. WordPress, Expedia, Zappos and others have already successfully implemented cryptocurrencies as legal source of payment.

It must be kept in mind that bitcoin is going to play a vital role in the e-commerce industry and so if you are planning to enter into this arena, then the integration of cryptocurrency as payment option becomes more important.

The companies accepting bitcoin as payment will be looking to exchange it immediately in lieu of physical currency. You can take the help of Payment Service Provider (PSPs) in that regard.

The role of the PSPs is to make this transaction process simpler. For instance, if a person is paying in bitcoin, he would pay for the same in terms of flat currency and transfer the amount into the back account of the person.

Therefore, integration of the bitcoin as payment option becomes pivotal.

Today bitcoins have become one of the most popular modes of electronic transactions and offers various benefits. It is free from compulsions of the government and it regarded as absolutely secured.

It is simple to conduct the transactions and you can choose to write the codes according to your preferences.